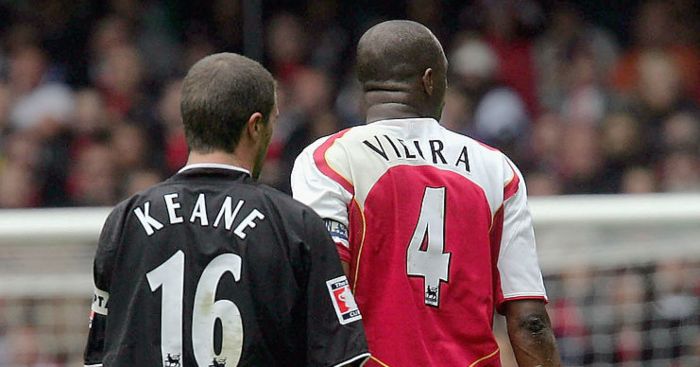 In the last three weeks we all must have watched more old football matches and clips than ever before, as we delve into the archives to sate our sporting appetite. And when you do this, football from the past almost always looks better, more fun, more exciting, with a better atmosphere and more passion. It’s just more ‘proper’ than the modern game. The strips are better; even the sponsor logos are easier on the eye.

It doesn’t matter what age you are really. Once you pass 25 or 30, the decade when you really got into football always feels like the best of times, the sort that the modern day will never equal. Compared with your own personal golden era, modern football is rubbish and it will never be as good again. Everyone feels this, even though today’s football will be someone else’s golden era in the coming decades. So it goes.

It’s not hard to know why we feel like this. Memories erase the boring or unpleasant and retain excitement and thrill. Life tires our souls. It makes us weary, cynical and hard-bitten. It knocks the romance and simple joys out of us, so anything which brings back our childhood or teenage naivety and excitement will always be held in high regard in our hearts. But of course, memories are very much the director’s cut of real life and shouldn’t be taken as absolute or definitive.

So even though we feel like this, usually we don’t want to really insist that football was better in the olden days, whenever those olden days are, because it all seems a bit Brexity, or rather UKIPish, where ignorance and fictions are passed off as, and believed to be, knowledge and truth. A conservative outlook on life where the modern is always worse than the past is a sour, unpleasant way to live.

But what if, in the case of football, it really was better? What if football’s best days are behind it? What if its joys really have been diminished in frequency and intensity? Is that so impossible? Surely, given its 150-year history, it is unlikely that the game in 2020 is the finest it has ever been. The law of averages is against that. A while ago I wrote about a concept I’d originated which Daniel Storey cleverly called ‘hindshite’: the delusion that the past is always worse than the present. I came up with this concept because it seemed to me some want to believe now is always great, and have a lot invested in this notion, every bit as much as others want to live in the past.

This is the outlook promulgated by people who think that because footballers are fitter – however that might be defined – and can run faster for longer (I never understood why faster football is considered better), this is a de facto good thing. Smooth, even pitches are also deemed better for the game, even though they reduce the variable outcomes which feed unpredictability and thus excitement. They also think that stripping physicality out of the game has made it better, even though a stiff tackle is still greeted with the biggest cheer of the day, and that modern players are more skilful or can somehow do things that players in the past couldn’t – perhaps the greatest delusion of all. For all these reasons they would have you believe football is better now than it ever was.

But watching old football rather disproves all of that. There is so much excitement, skill and passion on display from every era.

Rewatching the Manchester United v Arsenal game with Roy Keane and Patrick Vieira having a go at each other stirs the blood in a way little does in the present day. This was 15 years ago. This is not now.

Look at the comments below; they’re all about how people wish things were still this intense and that these were the good old days. It’s hard to argue against that. There is something visceral and even gladiatorial that has been lost since.

Watching Leeds or Forest or QPR in the 1970s is to see fantastic football played with drive, skill and resolution. Liverpool in the mid-to-late 80s were breathtaking; Everton likewise in the first half of the decade. Mid-80s West Ham were so exciting, as were Southampton. In the ’90s, Newcastle entertained like few ever have. The Manchester United era with Eric Cantona got you off your seat time and again with Andrei Kanchelskis and Ryan Giggs flying down the wings. And has anyone ever scored so many amazing free-kicks since David Beckham?

The Arsenal side with Bergkamp, Vieira and Petit and later Henry; Blackburn Rovers with their deadly SAS up front.

The United side of 2007/08 with CR7 and Wayne Rooney destroying teams on the counter-attack with searing pace and direct running. I even watched a Bolton game from 2006 and marvelled at Kevin Davies’s arse being deployed like a tactical nuclear weapon in a way which would be illegal now.

From a European perspective, watching the black and white film of the Ajax side of the early ’70s is to witness something truly remarkable. Then there’s Serie A in the early ’90s on Channel 4’s Football Italia.

Are you telling me that’s not better than now? Of course it is.

The European Cup, the UEFA Cup and the especially excellent Cup Winners’ Cup were all better than the Champions League and Europa League. Far less predictable, much more jeopardy from the start and throwing up victors from all across the continent.

If we come through this downtime understanding anything more profoundly it should be that the present-day game does not have a monopoly on quality, fun or excitement and those who claim it does are merely trying to push propaganda to aggrandise their product or can’t bear the idea that they’re paying over the odds for something inferior, so are in denial about it all.

And if you want more proof, April 2 was the 14th anniversary of this most brilliant of days: a spine-tingling time (and commentary) that will not be matched any time soon.

We shouldn’t be afraid to say yes, we still love watching football in 2020, it is a fantastically resilient sport, but it really was better in the past, if that’s what we truly and honestly feel. And, having watched a lot of old games in recent weeks, I’m sure this has become even more obvious to even more fans.