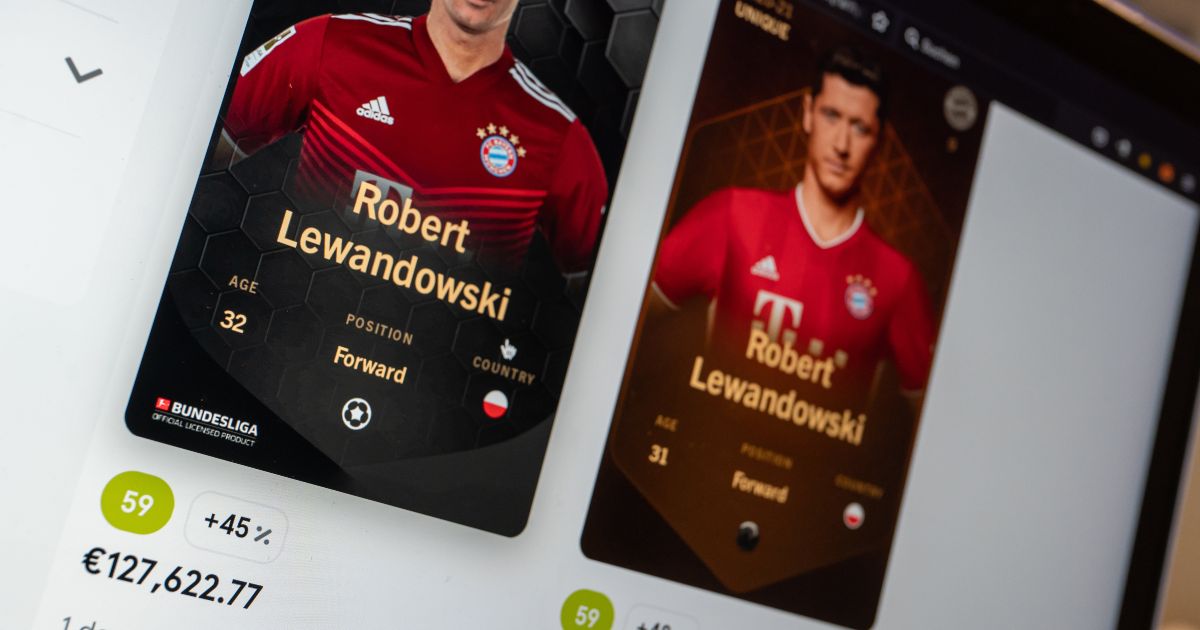 You will have seen some current and ex-footballers advertising their NFTs in recent weeks.

The first question to ask is why they’re involved at all? Surely, they must all be easily rich enough already and have no need to dip their toes into the latest fashionable Ponzi scheme to persuade far less wealthy people to invest in this non-material product.

The next question to ask is why are all of the NFTs utterly appalling creations? Ugly cartoons or rotating gold graphics that look like something you’d see in the window of an amusement arcade in a run-down town, or merchandise you’d find in a downmarket casino in Laughlin.

When the whole thing crashes and burns – as it absolutely will – will authorities hold them to account for using their status in these scams? How will they feel having conned people out of money? Have they no shame or sense of guilt or are they just too stupid to fully understand what they have got involved with? Are they aware of the environmental concerns behind NFTs, or don’t they care? I suspect the latter.

To scam people, you need to know what their vulnerabilities are. Classically, it is greed mixed with a feeling that they are superior people who are too clever to be scammed. The Ponzi scheme is usually made complex and difficult for investors to understand. NFTs fulfil that very well indeed. I don’t believe any of these former or current footballers could tell the difference between the blockchain and the bog chain.

Has John Terry been making a monkey out of copyright law?

There has been an avalanche of negative reaction on social media to these announcements. Normally, when a player or former player does anything on Twitter, they usually have an army of acolytes slavering and brown-nosing them. Not this time. The negativity has varied from mockery all the way to outright disgust and pleas for them to stop. So far, requests for them to stop indulging in this fad have just been met with silence. Maybe they’re waiting for their equally greedy agents to tell them it is bad for their brand. Because it is. Very, very bad.

I’m not sure they quite perceive just how awful both artistically as well as financially these digital products are. And if you do happen to like them, well the right click is your friend and you too can ‘own’ it in just as meaningful a way.

Those already buying in say ‘welcome to the family’ to new recruits. Yeah, Manson had a family too. But it’s not a family, is it? It’s a grifters’ club.

While it is obviously true that no-one has to buy any of these heinous creations, that isn’t a get out of jail free card anyone can play. These particular people are not involved for no reason. The fact is, these are people who some idolise. It will mean many will get sucked into it, thinking it is in some way respectable or cool.

Love this project and my 1 of 1 NFT man! Looks great and best of luck to you and the @apekidsclub team!

While it might seem remarkable to more level heads that anyone might look to a footballer for investment advice, these people are more influential than many of us would like to believe was possible. Crucially, the likes on Twitter for these posts outweigh the number of critical comments. There is a silent following for them.

But if people want to buy into an idea, no matter how ludicrous, just explaining the stupidity of it, explaining why it’s a bad thing, why it’s wrong, doesn’t necessarily change any minds. We see this all the time on big issues like the US election, Brexit and vaccines. Facts simply do not matter once you’ve bought into an alternative idea. That makes NFTs potentially even more pernicious. Those pushing them to footballers know this fine well. They know exactly what they’re doing, but do the footballers? Do they know they’re being conned and are in turn conning others? I suspect not fully.

So, the easiest way to put a stop to this is to show our opprobrium for each and every footballer, current or former, who tries to sell these pathetic digital files. They surely care more about their brand than they do for anything else and nothing ruins your brand like pushing NFTs. In this issue, I think we, the football collective, really do have the power to make a difference if we vociferously oppose each and every one, until they back out of the market. Let’s do it.