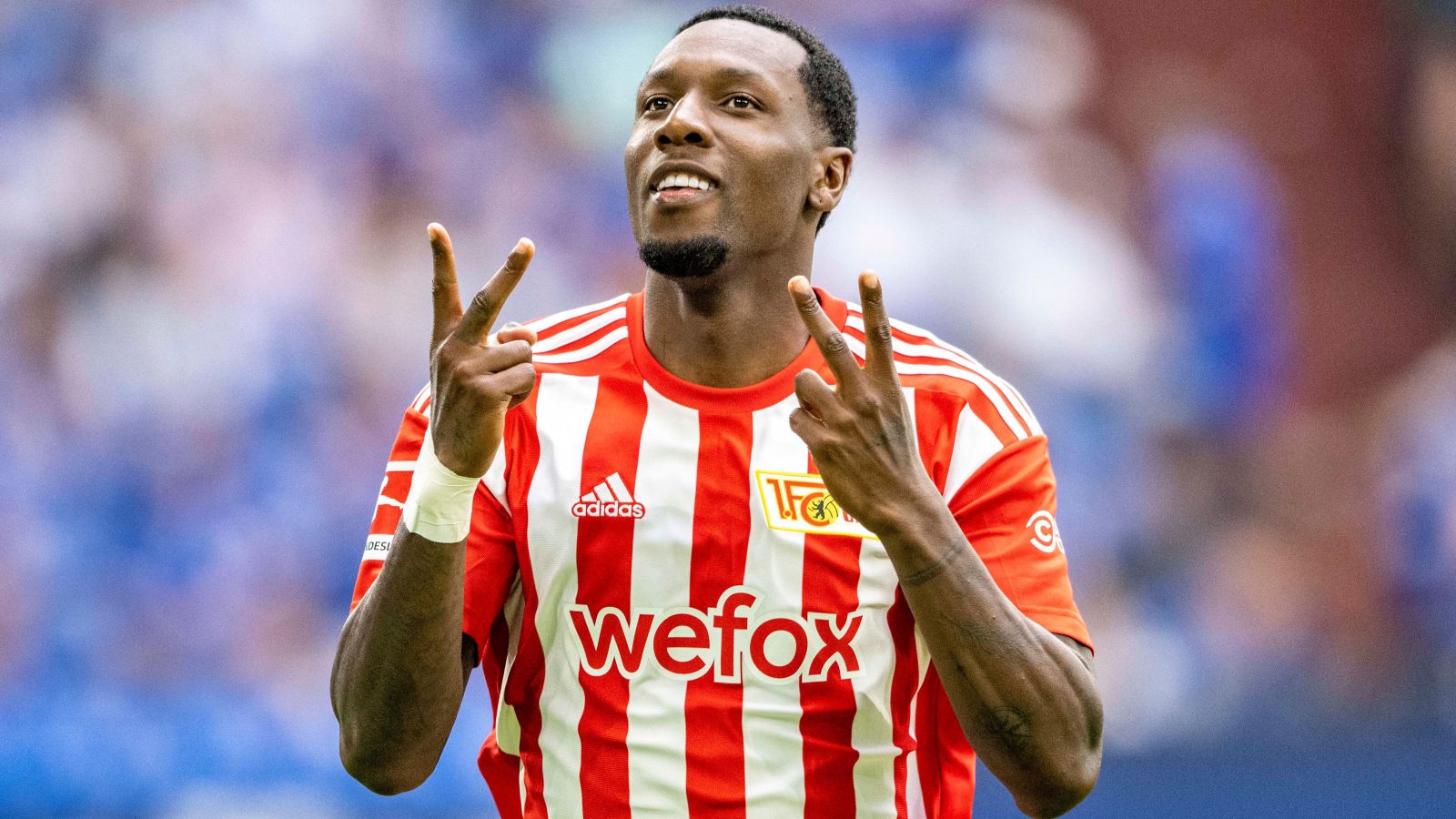 Who’s this then?
Sheraldo Becker is a 5ft 11in Amsterdam-born winger, who is now more of a striker, and is currently the Bundesliga’s top scorer with six goals in seven games. He’s also joint-top of the assists table with four. Becker has led Union Berlin to the top of the league and as such, the Suriname international is currently one of Europe’s hot properties, with a few financially-incontinent Premier League clubs thinking about throwing serious money at him in January.

He got his start in the prestigious Ajax academy as a wee boy, signed his first professional contract in 2011 and played two seasons from 2013-15 for Ajax reserves in the Dutch second tier. However, he couldn’t break into the first-team and was sent out on loan to PEC Zwolle for a season and a half after which Ajax let him sign a three-year contract with ADO Den Haag.

When that contract expired he was picked up by Union Berlin in 2019 who were newly promoted into the Bundesliga. He was named Bundesliga Player of the Month in August 2022 after scoring four goals and two assists in 4 games.

Last year, his international career began. Born in the Netherlands to Surinamese parents, while he had made progress in the Dutch under-age international teams, he made his full international debut for Surinam in a 6–0 World Cup qualification win over Bermuda, scoring twice.

Now 27, he is in the best form of his career and has been axiomatic to Union’s rise to the Bundesliga summit. They are currently unbeaten.

Why the love?
He’s got all the speed you need to beat people wide or come inside and he marries it with great close control and a quick brain. Like all the best strikers he is hitting the ball early and on target, scoring a cracking volley against Bayern this season.

He can pass with the exact weight needed on the ball. However, this season, it’s his clinical finishing that has really stood out. One hundred per cent of his shots have hit the target.

Playing as a winger is, I’ve always thought, one of football’s glamorous positions. You don’t get mixed up in crowded midfields as much, so you stand out. And you’ve got the whole of the pitch to one side of you, which makes it a unique sort of position.

Becker can play on the left or right and his assist numbers are pretty damn good for someone who hasn’t played for a big, title-contending club. Overall he’s registered 51 in 273 games. 15 in 66 Bundesliga games and 25 in 120 Eredivisie games.

Initially, he struggled at Union and wasn’t a first-team regular but he fought hard for his place and seems to be one of those players who just took more time to mature and reach his full potential. These things are not science and can’t always be predicted but it was clear from an early age that he had a lot of talent – he scored some great goals for Den Haag – it was just a matter of finding the right team to fit into and at Union he has found that.

He credits the Union coach Urs Fischer for his rise to the top, both on and off the pitch. It also seems significant that his manager switched to a 3-5-2 this year and in doing so has made them more free-scoring, while keeping it tight at the back. Those years playing on the wing mean he is a striker that can also set others up for goals and is comfortable if driven out wide.

So what we have is a super flexible striker who scores and sets up goals. That’s a really dangerous player.

Three great moments
His form this season has been exceptional, deadly in front of goal…

A sweet volley against Bayern…

He showed so much class at Den Haag…

Future days?
Sheraldo seems content at Union right – why wouldn’t he be? – and recently extending his initial three-year contract. He certainly seems to be very composed in front of goal and maybe that has come with experience gained on his rise to the top.

He feels that there is more to come. “There is still more potential in me and I want to show everyone that. I want to continue to be important for the team and help wherever I can.”

A more recent shift to playing the right side of a front two in a 3-5-2 with USA international Jordan Pefok who joined from Young Boys, has been incredibly productive, with Pefock scoring four in eight.

With six goals and four assists in seven games, if he’s only just coming into his peak years, that could be great for Union in this most interrupted season, as they seek to knock Bayern Munich (currently five points adrift) off their perch. That is, if he’s not made a massive financial offer by a Premier League club.

He’s currently valued at just £13million which seems very low for a player who can give you goals and assists. That’s the sort of money that Premier League clubs blow their noses on. However, his newly-productive relationship with Pefock (also known as Jordan) and the chance to make history at Union may persuade him to stay in Berlin, at least until next summer.

It would certainly be more glamorous and much more exciting than being shouted at by David Moyes or some other mid-table Premier League manager, who will achieve little and win even less.