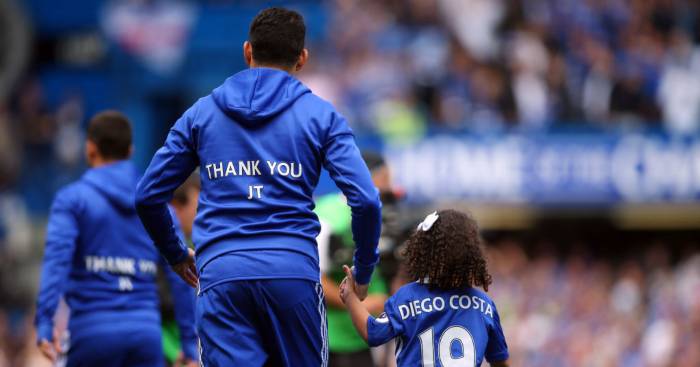 Chelsea legend John Terry has named Diego Costa as “the funniest” team-mate he has ever had.

The Brazil-born Spain international was at Stamford Bridge for three seasons with Terry, where he scored 59 goals in 120 appearances.

Chelsea won two Premier League titles and a League Cup with Costa at the club and Terry has revealed that he was a big boost in the dressing room as well as on the pitch.

“Really broken English, but in the nicest possible way, the best character. On the training pitch he was incredible, he’d would want to fight you, want to win at all costs. That was incredible to have every day.

“But off the pitch he was just like a young pup, so much energy, just lifted the whole place, lifted people. That was a big miss when we let him go actually.”