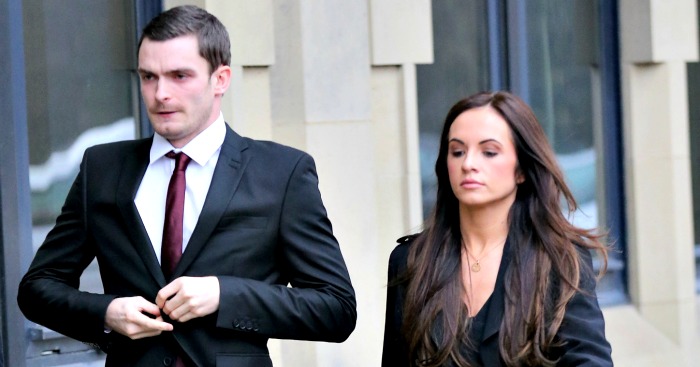 Former Sunderland midfielder Adam Johnson “abused his revered position in society” when he had sexual contact with a 15-year-old fan, prosecutors have said.

The 28-year-old went on trial on Friday accused of sexual activity with a child – a teenage girl who said Johnson was her favourite player.

Opening Johnson’s trial, prosecutor Kate Blackwell QC said: “It is the crown’s case that what has brought the defendant to this courtroom is a sexual desire for (the girl), an excessive arrogance and an unwarranted level of expectation.

“He has abused his revered position in society and, having met (her), this 15-year-old girl, at Sunderland Football Club and later on social media, and knowing that she looked up to him, made a conscious decision to act in a way that he knew was both morally and legally wrong.”

She said: “His is the success story that many young people can only dream of.”

The prosecutor said the girl involved was 15 in December 2014, a time when Johnson lived with his partner, Stacey Flounders, who was then pregnant with their daughter, in Castle Eden, County Durham.

“She was a season ticket holder and rarely missed a home game and her favourite player was Adam Johnson.

“After matches, she would hang around waiting for a glimpse of him, wanting to get a photograph, often sporting a Sunderland shirt with Johnson’s name emblazoned across the back.”

Miss Blackwell told the jury of eight women and four that the girl had a picture on her Facebook page “depicting her wearing her Sunderland shirt standing in the car park of the Sunderland football ground with the defendant, his arm around her”.

The prosecutor said: “She often waited for him after home matches, hoping to catch a glimpse of him before he drove away, keen for any contact, an autograph or, even better, a photograph.

“She had one enormous crush on him. He was her absolute hero. She idolised him.”

Miss Blackwell said Johnson made contact with the girl after she made a Facebook friend request of him just before New Year 2015.

Miss Blackwell read to the jury a series of messages exchanged between Johnson and the girl in which he arranged to meet her so he could sign a football shirt.

In the message she made it clear she was a Year 10 student but everyone thought she looked older, jurors heard.

Miss Blackwell said: ”So, over the course of New Year’s Eve the defendant was made aware that (the girl) was 15, one month past her 15th birthday, with almost another year to wait until she became 16, that she was in Y10, that she was a fervent Sunderland fan and that he was her favourite player.”

In the messages, the girl also congratulated Johnson on the birth of his daughter.