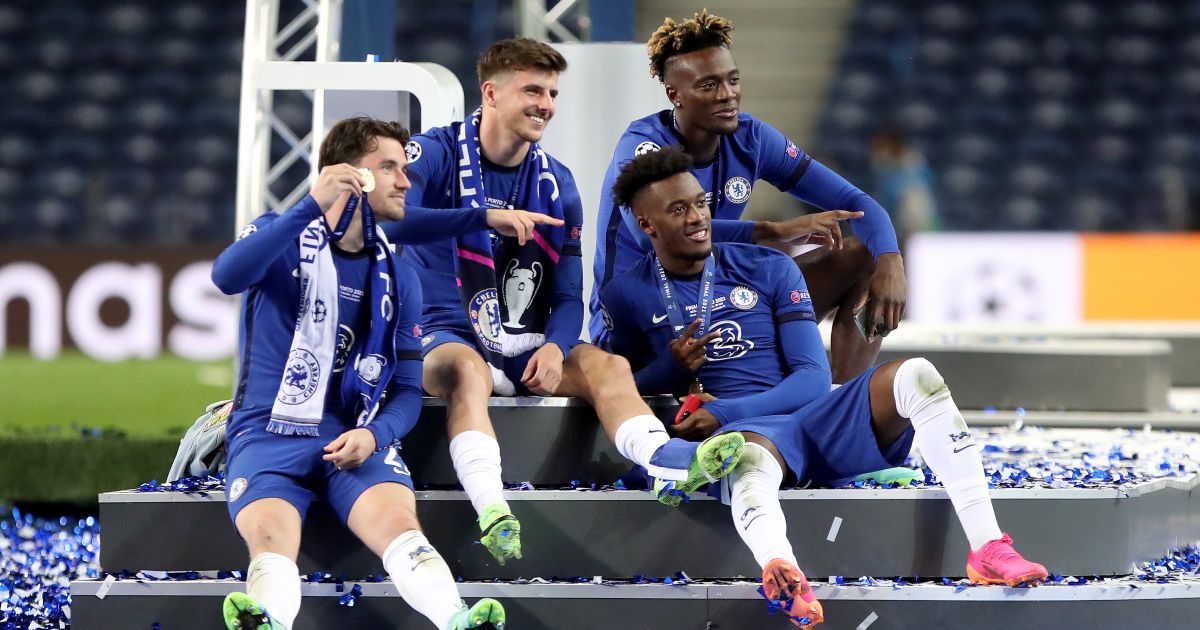 Bayern Munich have been linked with Hudson-Odoi in the past, reportedly having a £70m bid rejected in 2020.

While Abraham has fallen out of favour at Chelsea since Tuchel’s arrival, failing to make the squad for their FA Cup and Champions League finals.

He made 32 appearances last term, with the majority coming under the former guidance of club legend Frank Lampard.

The 23-year-old has been linked with a move away from Stamford Bridge all summer. West Ham and Aston Villa have been keeping tabs on the Englishman, while Arsenal have recently emerged as being very keen on his signature.

And Johnson – who made 71 appearances for the Blues – reckons Chelsea will allow Hudson-Odoi and Abraham leave this summer.

All the 🔑 moments from Tuesday night’s victory. 🎥 pic.twitter.com/Z0iXLhy2Ve

Johnson told BettingOdds.com: “I think if they get the right offer for Callum Hudson-Odoi or Tammy Abraham this summer then they will sell them. Definitely.

“Regarding Callum, it’s just not clicking for him is it? He’s in and out the side and I don’t think the manager thinks that he can rely on him.

“‘He’s sensational when he wants to be but you can’t survive in the Premier League by performing when you want to. You need to perform week in, week out. I don’t think he has the type of mentality that you need to work under Thomas Tuchel.

“I think he will go on to have a fantastic career but he needs to find the right club to flourish.”

Meanwhile, Trevor Sinclair would like to see Abraham at West Ham with Manchester City unlikely to make a bid.

He said on talkSPORT: “I would like to see Tammy at the club [City]. I don’t think it’s going to happen because I don’t think Manchester City have shown any kind of interest in him. But for me, he’s a top player.