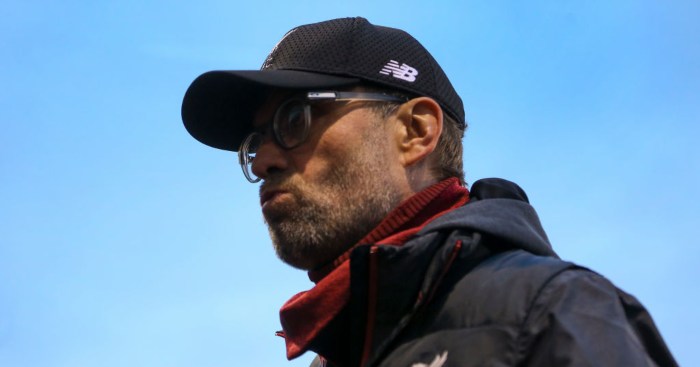 Glen Johnson claims Jurgen Klopp would be “crazy” to play the Liverpool kids against Chelsea in the fifth round of the FA Cup.

The Reds have fielded young sides in their Carabao Cup and FA Cup ties this season, with Klopp allowing Under-23 boss Neil Critchley to take charge.

Liverpool’s young side overcame Shrewsbury 1-0 to book their place against Chelsea in the fifth round, sparking controversy as many claimed Klopp was disrespecting the competition.

But former Chelsea and Liverpool right-back Johnson says he cannot see Klopp doing the same in the next round.

“Although Jurgen Klopp’s decision to play the kids against Shrewsbury paid off, I really doubt he’ll do that against Chelsea and I’d expect to see a much stronger side,” he told BETDAQ.

“The fact they are so far ahead in the Premier League as well the fact they are not far off another piece of silverware surely means he’ll want to give himself the best chance of getting through to the next round.

“If he plays a young side against Chelsea it will be a massive struggle for them to get through and with all the momentum they’ve generated, there doesn’t seem much point in affecting that by playing a weaker team.

“You can get away with it against the weaker sides, but against the likes of Chelsea you can’t. Klopp will know that and I’m sure he’ll pick his 11 with that in mind.

“Playing the kids would show Liverpool have no desire whatsoever to win the FA Cup. That seems pretty crazy considering they are in the fifth round and are virtually champions in the league.

“To be honest, they could do it in reverse – play a more youthful side in the Premier League and pick the big guns in the cup! They’ve been so good this season that they’ve given themselves the luxury of being able to do that.”