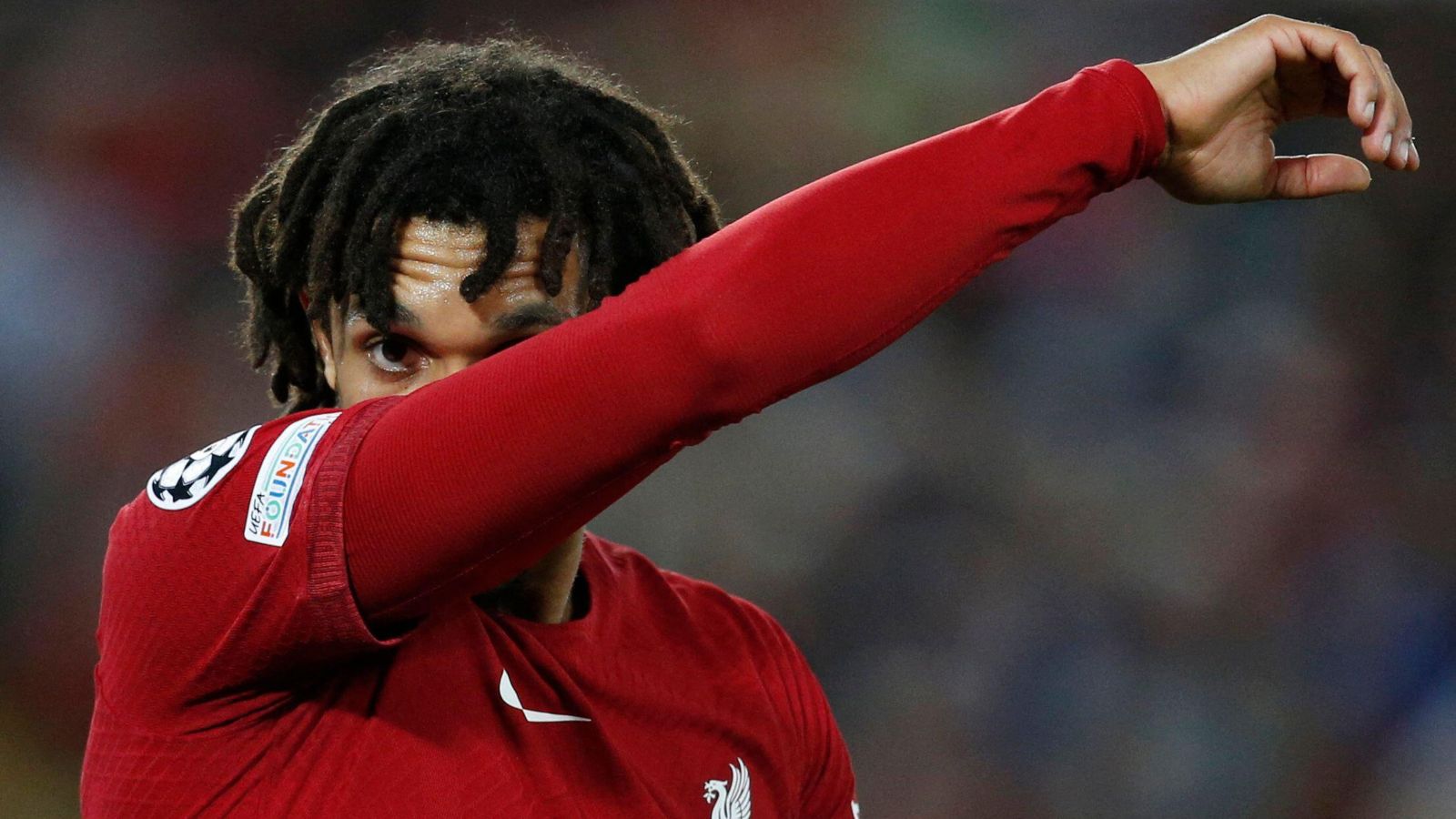 Glen Johnson has warned Liverpool defender Trent Alexander-Arnold against sulking after he was left out of England’s squad to face Germany earlier this week.

Three Lions boss Gareth Southgate made the decision to omit Alexander-Arnold from his 23-man squad for the Nations League fixture against Die Mannschaft on Monday.

It was greeted by a backlash by some on social media with Southgate coming under pressure over England’s lack of attacking intent in recent matches.

But Alexander-Arnold has been in poor form defensively for Liverpool this season and has failed to contribute an assist so far for Jurgen Klopp’s side.

Johnson told SafeBettingSites: “It’s a kick in the backside, one moment he’s starting for Liverpool every week but not for England every week. Of course there’s kickbacks, but it’s how good players respond. Every player has had that moment whether they’ve been dropped for the club or dropped for the national side, it’s how you bounce back.

“If he sulks and feels sorry for himself, then it’s only going to get worse. If he realises that he’s got a lot of work to do to find his form, then I’m sure he’ll be starting for England again very soon.”

On Chelsea defender Reece James playing ahead of him for England, Johnson added: “It’s probably about who we’re playing against and how he wants the team to play. Reece James is the better all round player in that position. But Trent’s [Alexander-Arnold] got the amazing delivery and free-kick ability.

“I don’t think it’s anything that he doesn’t like, it’s just he prefers a more all-round solid player. Trent is great going forward, but they’re both attributes that can be used against different teams.”

The introduction of Mason Mount and Bukayo Saka turned the game on its head on Monday with England coming back from 2-0 down to draw the match against Germany 3-3.

But Johnson isn’t convinced that they should start, he continued: “Some players have impact from the bench and they’re great at doing it. But just because they come off the bench and perform it doesn’t mean they would have performed like that if they started the whole game. We’re never going to know the answer.

“But I think subs are just as important, because when the starting 11 isn’t playing well, you need people that can come on and have an impact and change the game.

“It’s a tough one but at the same time, if people aren’t firing and your subs are coming off the bench and putting in a good performance, then of course that’s going to be in your mind to give that certain person more minutes. I would rather play people that are showing me something rather than giving everyone a chance.”