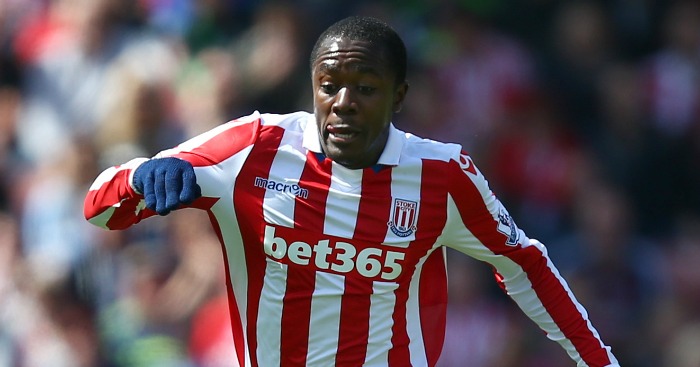 Glen Johnson expected Stoke to be relegated from the Premier League in 2018 after Giannelli Imbula substituted himself during a pre-season game.

Stoke’s ten-year stay in the top flight came to an abrupt end last season after a tumultuous campaign ended with them in 19th.

Mark Hughes was sacked by January, with replacement Paul Lambert failing to rescue them from the drop.

Johnson feels it was an inevitable demise after club-record signing Imbula, who joined in February 2016, substituted himself on and off during a pre-season game.

“They sort of took it away from the genuine lads to try and sign superstars and got it horribly wrong,” he told BBC Radio 5 live of Stoke’s mistakes.

“Then you had players that didn’t want to be at training, were walking off the pitch, kicking balls about. Like, I’d seen stuff I’d never seen before in my life.”

Asked for an example by Jermaine Jenas, Johnson duly obliged.

“Giannelli Imbula subbing himself because someone didn’t pass him the ball,” he said.

“I couldn’t believe what I was seeing. In a game and in training. I swear to you. He was our record signing, like £20-odd million or something.”

Johnson went on to explain what occurred in a 2017 pre-season game.

“So he’s on the edge of the box or whatever, Charlie’s (Adam) burst through, didn’t cut the ball back. So he’s like waved his arms in the air with his gloves on…”

“…and then he starts walking towards the bench. But obviously he’s got a long way to come, so we just think he’s walking around and we’re not really looking at him, and then he’s on the touchline but he’s not saying anything. So we’re like looking at him to see he’s walking fine, but he must be injured, there’s obviously something wrong.

“Then obviously someone just gets stripped off and goes on, and then ten minutes later he decides he wants to go and play again.

“This is where it’s a disgrace. He came back on and they took the kid off again. If you’re the manager, are you going to let that happen?

“Put it this way: he ain’t coming off in the first place. If he does come off, I ain’t seeing him again. And that sums it up. So he subbed himself and subbed himself back on, and no-one said anything to him, they just subbed the poor kid that went on for ten minutes.

“I was half crying my eyes out. I couldn’t believe what I was seeing.

“It’s madness. It’s just letting some people get away with murder, because there wasn’t sort of one rule for the club, it was all up and down. It was just a right mess.”