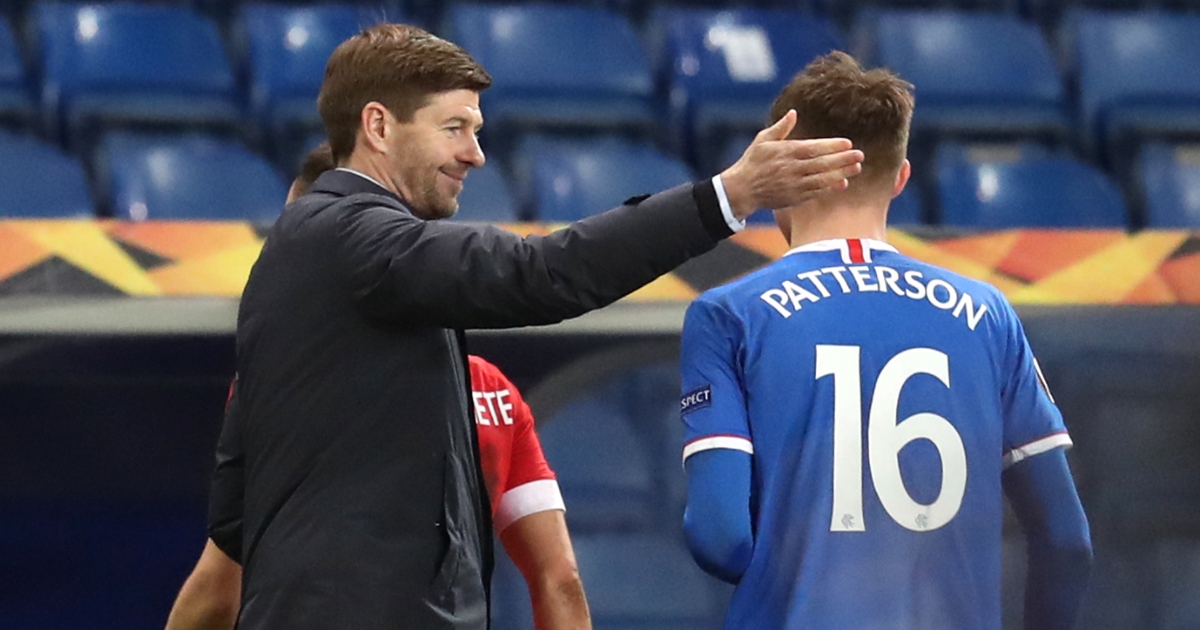 Rangers boss Steven Gerrard has branded Everton’s offer for Nathan Patterson as something “out of a joke book” after it was reported they bid £5million for the 19-year-old.

Patterson made ten first-team appearances last season for the Gers and was called up for Scotland’s Euro 2020 squad.

He made his international debut in June against Luxembourg in preparation for the Euros.

And his great potential has attracted the interest of Premier League outfit Everton, who have reportedly made a £5m bid for the right-back.

Gerrard, however, insisted that he had only heard about the rumour after Rangers beat Ross County 4-2 in the Scottish Premiership on Sunday.

Patterson was on the bench for the win, and the Liverpool legend has described the bid from his old rivals as a ‘joke’.

“You carry on with the jokes – £5m, wow,” Gerrard sighed after the win, with the Daily Record claiming the bid has been turned down.

“Look, I’ve only just been told about this.

Elsewhere, Everton are off the back of a 2-2 draw against Leeds United on Saturday.

Dominic Calvert-Lewin and new boy Demarai Gray were on target for the Toffees as Leeds equalised twice at Elland Road.

They were without Colombian midfielder James Rodriguez, who is facing an uncertain future at Goodison Park.

Reports last week suggested Newcastle United are planning ‘to hold talks’ with Everton over a possible move from Rodriguez.

He has reportedly been told he is free to leave the club, and openly admitted in a recent Twitch stream that he didn’t even know who the club were playing this weekend.

According to Fichajes and Calcio In Pillole journalist Ekrem Konur, Newcastle are now looking to swoop – after a request made by manager Steve Bruce.