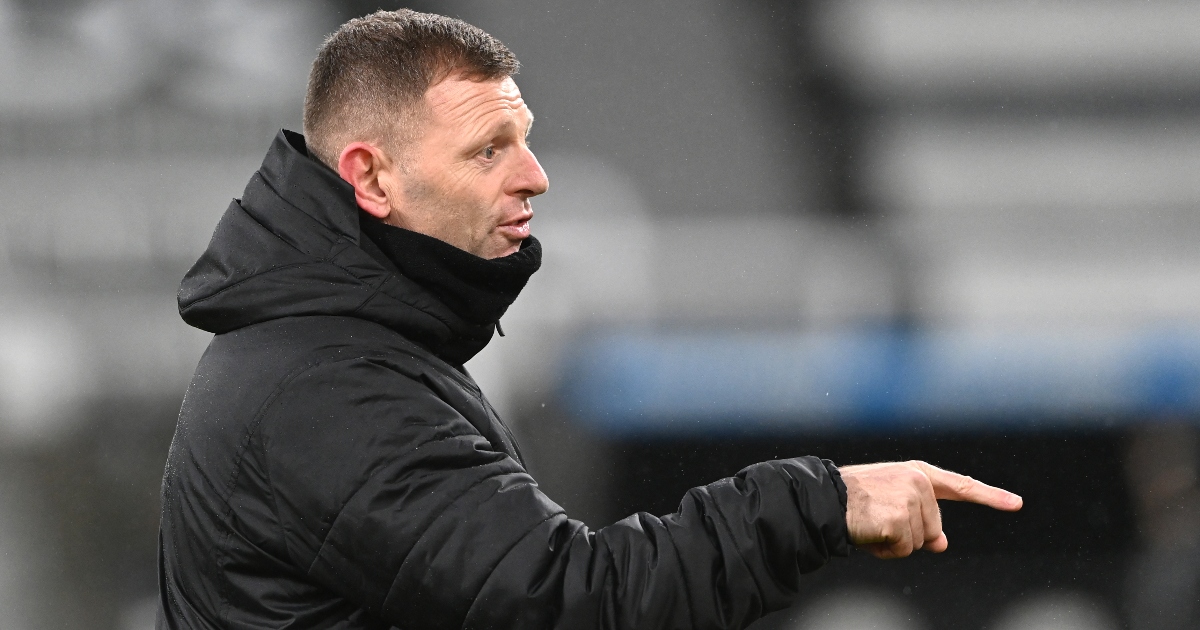 Newcastle United caretaker manager Graeme Jones has confirmed he will take charge of the Magpies’ game against Brighton on Saturday.

The former Luton boss insists he will ‘do his best’ to get the club’s first win of the season against Graham Potter’s side.

Eddie Howe is reportedly close to being confirmed as Steve Bruce’s successor at Newcastle, and Jones was asked about his imminent arrival.

Rumours of Huddersfield’s fall have been greatly exaggerated

“He comes with a wealth of experience, knows the league, but it’s not written in stone. There’s been nothing said and confirmed by the club so we’ll have to wait and see.”

The 51-year-old spent time at Bournemouth as an assistant coach, joining Jason Tindal’s team after he replaced Howe in the summer of 2020.

It is widely expected that Howe will bring his own team to the north east, whilst maintaining Jones’ services.

“I got an inside view of what their method of work was and it’s impressive. It’s elite…I felt like I learnt when I was down there,” Jones said on Howe’s coaching staff.

It has been over two weeks since the Geordie’s club hierarchy relieved Bruce of his duties, and the caretaker manager has discussed their lengthy search for the ex-Sunderland boss’ replacement.

“I know the owners have done their due diligence. That’s why it’s taken a bit of time. The more information you receive, the longer you take, the closer you’re going to get to making the right decision.”

On the match against Brighton, he said: “I’m taking tomorrow’s game. I’ve prepared the team all week. The owners have communicated with me so I know where we are with things.

“We haven’t lost focus and we know we have a big game. I think the team are well prepared.

“I’m here to do the best I can for the football club and that’s what I’ve done. An interim period means uncertainty but we’ve managed that and have been open and honest with the boys. The biggest quality in football is to be adaptable.”