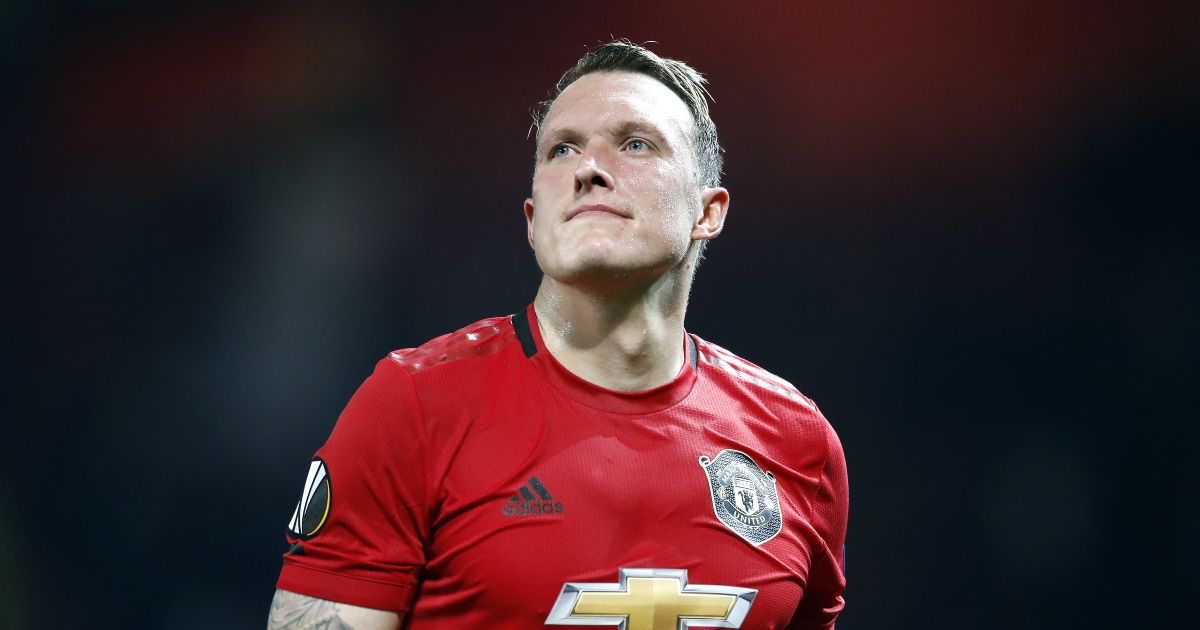 Phil Jones could start for Man Utd on Monday night at Wolves with captain Harry Maguire out injured, according to reports.

The former Blackburn Rovers defender hasn’t played for the Red Devils since the 2019/20 season in which he appeared eight times in all competitions.

Jones has missed the majority of the last two years with a knee injury that required surgery and painstaking rehabilitation.

The centre-half was weirdly criticised last year by former teammate Rio Ferdinand, who himself was taken to task by Ole Gunnar Solskjaer for his “out of order” comments.

Jones also hit back at Ferdinand for his “really poor” criticism, with the pundit later backtracking and apologising.

The 29-year-old has been given hope of a future at Old Trafford after being named on the bench regularly in recent weeks and The Athletic claim he is now ‘in contention’ to start against Wolves on Monday.

Maguire ‘is out injured’ after he ‘picked up a problem, leaving Ralf Rangnick short of centre-back options with Victor Lindelof still trying to recover from COVID-19’.

Bailly came off against Burnley just after the hour mark with a tight hamstring, giving Jones the chance to make his first Premier League appearance in two years on Monday night.

The report do give Bailly a ‘chance to play, despite not being seen at the team hotel on Sunday evening’ and Rangnick will ‘leave it late to decide’ who will partner Raphael Varane against Wolves.

Meanwhile, Man Utd interim boss Rangnick has ruled out the possibility of Edinson Cavani leaving in January despite rumours linking him with Barcelona.

“We had quite a few conversations in the last couple of weeks – probably the player with whom I have spoken most,” Rangnick said yesterday.

“I told him from the very first day that, for me, he is a highly important player. He is probably the only one who can play as a striker back to goal and face to goal.

“His professionalism, his work ethic is just amazing and I told him that I desperately want him to stay until the end of the season. He knows that.

“He also knows how highly I rate him and how highly I respect him, and that was also the reason why I played him (against Burnley) from the beginning together with Cristiano (Ronaldo).”