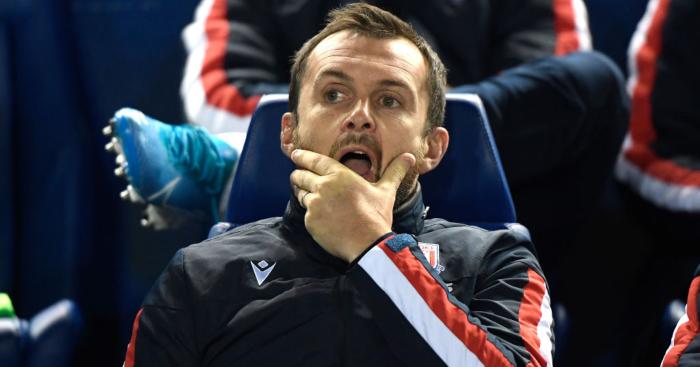 Stoke have parted company with manager Nathan Jones after only 10 months in the role.

The former Luton boss won only six of his 38 games in charge, having succeeded Gary Rowett in January.

He leaves with the club second from bottom in the Sky Bet Championship.

Jones told the club’s official website: “I would like to thank (vice-chairman) John and (chairman) Peter Coates, firstly for the opportunity to manage this football club and then for the continued support and patience throughout my time here.

“I would also like to thank the supporters for their fantastic support. Finally, I wish the club the very best for the future.”

Rory Delap, Kevin Russell and Andy Quy will take charge of the first team while the Potters search for a new manager.