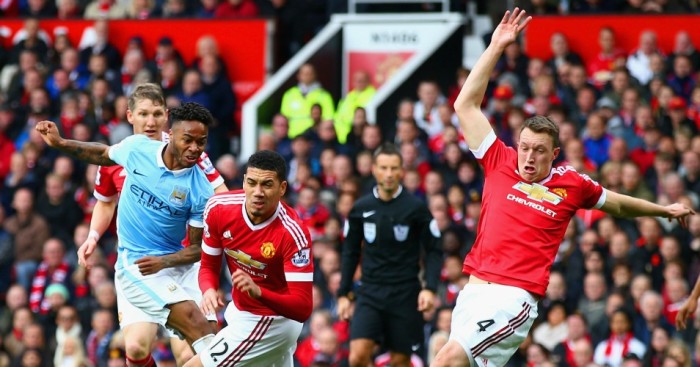 Manchester United and England defender Phil Jones says he has progressed after admitting he used to “go after” players in training who “stuck one on me”.

The 23-year-old is inline to add to his 18 England caps on Friday, but he has insisted he will not be wound up by Diego Costa if he comes up against the controversial Spain and Chelsea forward.

Costa has gained a reputation as something of a wind-up merchant thanks to his on-field antics in the Premier League.

Arsenal defender Gabriel was sent off after clashing with the Brazil-born striker and last weekend Costa tried – and failed – to get a reaction from Ryan Shawcross in Chelsea’s 1-0 defeat to Stoke at the weekend.

Costa grabbed Shawcross by the jaw and then told him rather impolitely that he had bad body odour.

To his credit, the Stoke captain kept his calm and Jones intends to do the same if he comes face to face with the 27-year-old in England’s friendly versus Spain in Alicante.

“I have had (players trying to wind me up) before and I will deal with it in my own way if I play,” said Jones.

“When I was younger and growing up even in training if someone stuck one on me, even by accident, I would go after them.

“But now I am more experienced. I am not going to go around kicking players. I am going to stick to my own game if I get the chance to play.

“I think it is just a progressive thing.

“I started playing at Blackburn at a young age so as I got moved on to Manchester United the more games you play the more understanding and awareness you have of the situation you are in.

“This is football. You have to be mentally strong and prepared going into the game and I don’t think that will be something that we will be focusing on to a great extent.”

If Jones puts in a good performance against Costa – and the other stars in Spain’s side – it will do his chances of earning a regular first-team spot with England no harm at all.

Internationally, as well as domestically, Jones has experienced something of a stop-start career.

Blessed with strength and a good passing ability, United paid Blackburn for £16million in 2011, but his progress at Old Trafford has been hindered by various injuries.

The 23-year-old has suffered back, knee, ankle, hamstring and shin injuries since his move, so he was naturally disappointed when he was diagnosed with thrombosis in one of his calves after returning from United’s pre-season tour of the United States.

“It was probably the most frustrating time of my career,” said Jones, who did not start a league game until October 17 because of the blood clot.

“It is difficult knowing you can train with the squad but you can’t play because you can’t take any chance of having a kick on it or a bang on it.

“I don’t think it was as dangerous as was made out, but it could have been. And that was the reason why I wasn’t able to play.

“It is difficult but I am over it now and just looking forward to the games ahead.”

Jones thinks more will be known about England’s Euro 2016 chances after Friday’s game, and the friendly against France at Wembley four days later.

”We are under no illusions that we have to be at our best to beat the teams that will be put in front of us in the Euros, but these are good tests for us against Spain and France in the next week or so and we will see where we are after that,” Jones said.