Home All The News Jonny Evans ‘couldn’t turn down’ Leicester 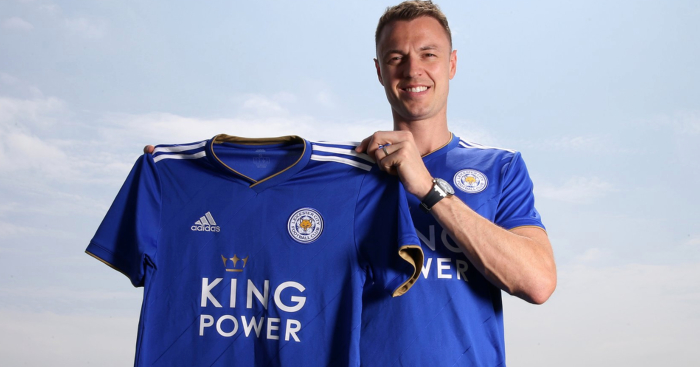 The 70-times-capped Northern Ireland international has signed a three-year deal and moved for an undisclosed fee, although it is understood the 2016 Premier League champions activated a relegation clause in his contract to land him for just £3million.

Leicester have reaped the rewards of a lengthy pursuit of the 30-year-old Evans, for whom they tabled a series of bids last summer, the last of which amounted to £23million.

“When this opportunity came up, it’s one that I couldn’t turn down. It’s an ambitious club, the owners are ambitious and everyone wants to push the club forward.

“I hope that I can give lots to the team and the club. It’s a great place to play football, the fans really get behind the team and the players are fantastic – these are all factors that made me want to sign.”

Claude Puel added: “Jonny is a player of great experience in the Premier League and to have him as part of our squad is fantastic news.

“He knows exactly what it takes, he is a winner and a leader. He will bring a great deal to our squad and I’m delighted to welcome him to Leicester City.”