Home Manchester City Jonny Evans is the unlikeliest of trailblazers… 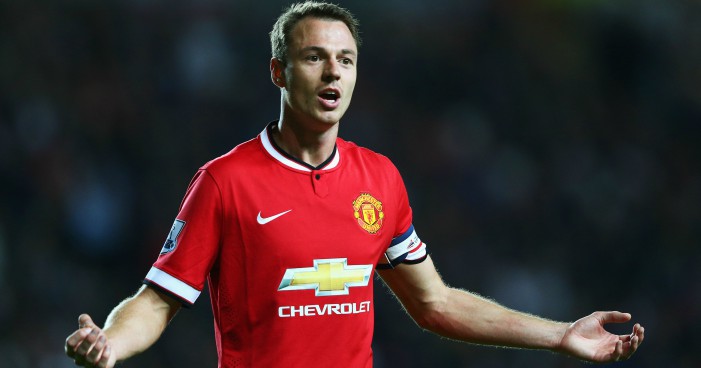 When Manchester United agreed to sell Jonny Evans to West Brom in August 2015 for £6m, it merited just five paragraphs in The Guardian, with the second paragraph noting that he had fallen out of favour at the club and the third recalling that he had been found guilty of something “simply disgusting” – spitting at Newcastle United’s Papiss Cisse. It was barely news. After all, Evans had started just 12 Premier League games in the previous season, falling below the rejuvenated Chris Smalling, Phil Jones and Marcos Rojo in the centre-half pecking order.

Two years on, Northern Ireland coach Michael O’Neill claimed that Sir Alex Ferguson “openly said to me that he could not believe Van Gaal had sold Jonny from United”, while Jose Mourinho was believed to see Evans’ sale as one of many mistakes made by the Dutchman. Many Manchester United fans have been happy to go along with this blatant re-writing of history, but back in the summer of 2015, no tears were shed. The words ‘good servant’ were just about the nicest words anybody could muster about a player who was expected to fill the holes vacated by Nemanja Vidic and Rio Ferdinand but instead fell into a hole, spitting along the way.

You can see why Ferguson would have been disgruntled at Evans’ sale – he probably felt the same about Tom Cleverley, Nani, Javier Hernandez and every one of ‘his boys’ who was sold by Van Gaal that summer – but even the player himself admitted that Van Gaal’s decision had not been unjustified. Indeed, he he later admitted to the Daily Telegraph that he had learned a “crazy” amount in just one season under the Dutchman.

“I could see the signs. I felt like it was the time for that to happen. There was no problem. I was looking forward to a new challenge because I knew that once I got playing again, I could really push on,” said a sanguine Evans.

“I don’t think I would have ever left the club if I’d had that feeling of ‘What if?’. You had Chris Smalling and Phil Jones, two young England centre-backs, Marcos Rojo had come in as a new signing. They were younger than me and if there was anyone that was going to move on…I’m not saying that I was playing the worst at the time and they were playing so far ahead, but they were playing more games than me.”

Less than a year on from that interview, Evans – now 30 – is on the verge of returning to an elite Premier League club for a fee likely to be around £25m to complete an almost unprecedented journey. Has any other established senior player left a top-six club for a lesser English club to then return to a bigger stage for a huge profit? Glen Johnson, perhaps? Younger players have followed a similar trajectory – Romelu Lukaku chief amongst them – but Evans’ is a road far less travelled. Perhaps it is a road that could only ever be travelled by centre-halves, who can easily fall out of favour but flourish in a different system with fewer pressures.

That Evans has been excellent at West Brom is not in question, but it is difficult to ascertain whether he has significantly improved in his spell away from the spotlight. What we can probably conclude is that it really doesn’t matter; his experience and form dovetail perfectly with bloated finances and a dearth of competent central defenders. This version of Evans is ‘worth’ £25m because Manchester City have £25m to spare and Arsenal have a chronic defensive problem that Arsene Wenger still erroneously believes can be solved by changes in personnel.

Should both clubs meet West Brom’s asking price, then Evans has a choice to make between an almost guaranteed fourth title with possible Champions League glory and the chance to spend the next three years as the defensive lynchpin of a still-just-about-great club. It is a decision that Evans could not have possibly foreseen when he left Old Trafford to the near-silence of almost no fuss. Evans may not have changed much since 2015 but Premier League football certainly has.