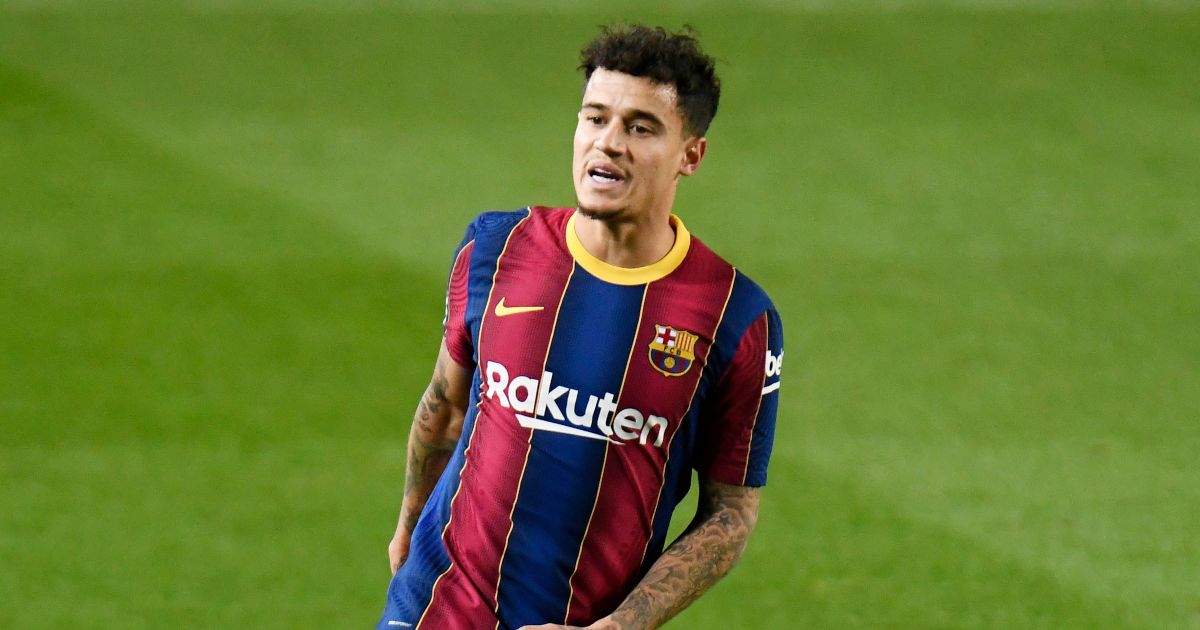 Philippe Coutinho’s agent Kia Joorabchian is reportedly keen on taking his client to Spurs this summer but Liverpool are interested too.

The ex-Liverpool man has struggled with injuries during his time at the Nou Camp and only managed 14 appearances in all competitions last term.

The Reds signed Coutinho from Inter for £12million back in 2013, making over £100m profit in their sale to Barcelona five years later.

Coutinho has already reportedly been offered to AC Milan this summer as they look to replace Hakan Calhanoglu, while there were rumours back in May that Barca offered Coutinho to Liverpool in exchange for the Reds waiving the remaining £40m they are still owed for the playmaker.

With Barcelona reporting huge levels of debt and still owing outstanding transfer fees for several top players, including Coutinho, they are desperate to find ways of trimming the wage bill and stump up funds for additions this summer.

And now Mundo Deportivo (via Sport Witness) claims that Liverpool are interested in bringing Coutinho back to Anfield and that he is ‘on their radar’.

However, the focus of the report is Tottenham’s interest with Joorabchian ‘moving’ to convince Spurs to land Coutinho this summer.

The report in the Spanish publication suggest that Coutinho could be the ‘star’ to replace Harry Kane if he leaves Tottenham for Manchester City this summer, despite the two players playing in different positions.

Meanwhile, former Spurs and England goalkeeper Paul Robinson doesn’t expect Tottenham chairman Daniel Levy to sell Kane this summer unless “he is 100 per cent happy with it”.

“Knowing Daniel and what a clever, shrewd business man that he is, this deal will not get done unless he is 100 per cent happy with it, regardless of whether Harry Kane turns up for training or not,” Robinson told Football Insider.

“Daniel, as he has always done, will have the best interests of the club at heart.

“It doesn’t matter what Kane does between now and the end of the window, the transfer will only get done if it is seen as right for Tottenham.

“Harry Kane will know this though so it makes you wonder even more as to why he has acted in such a way this week.”