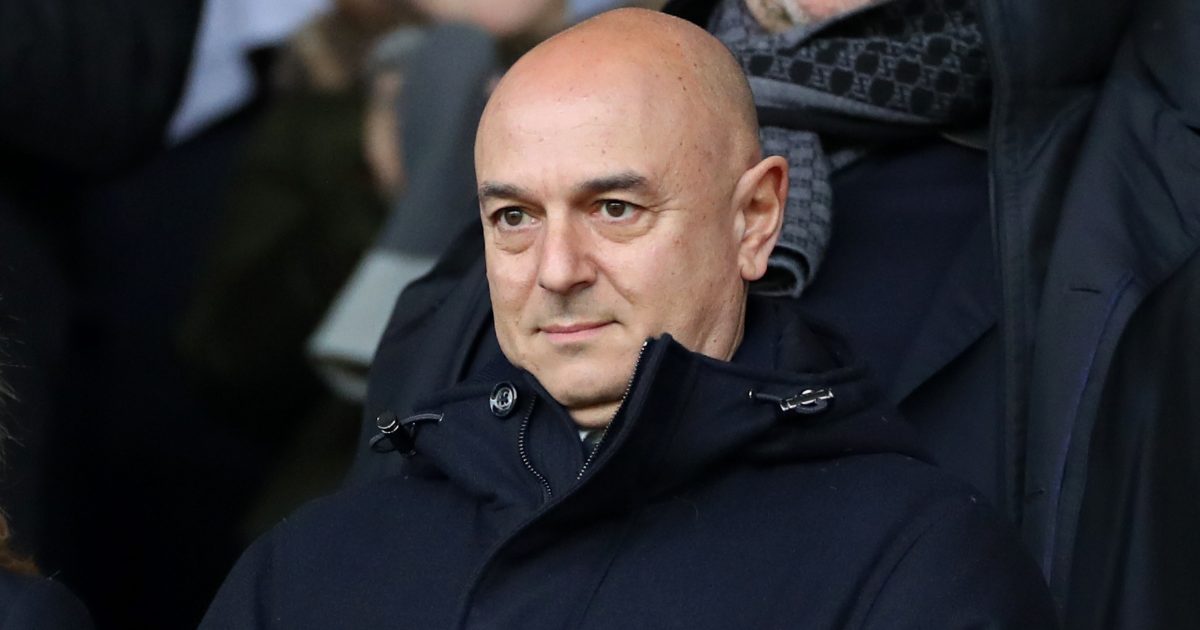 Tottenham chairman Daniel Levy is “motivated” by money and he “sacrificed” the Carabao Cup final by sacking Jose Mourinho, according to Simon Jordan.

Spurs have had a poor few months that has seen them exit the Europa League and FA Cup in disappointing fashion. They have also fallen down the Premier League table.

Mourinho was replaced by former Tottenham player Ryan Mason. They lost 1-0 to Man City in the final after being dominated by Pep Guardiola’s side.

Ex-Crystal Palace owner Jordan told talkSPORT that Levy has proven that he is focused on making money:

“He works for Joe Lewis, who I think would sell Tottenham if he got the right money for it with a device in hand that the club is losing money.

“The one thing Levy is motivated by is the club achieving money. When we had a challenge last year about the club furloughing people, what was that about? Money.

“Why did the club go into the European Super League? Money.

“When are they at their happiest? When they are making £130million. Why did they build a new stadium? Money. Why did they get the NFL involved? Money.

Yesterday was tough to take we gave it our all but came up short. Can just focus on five massive games to go in the league. Brilliant to have had fans back in the stadium. pic.twitter.com/DyhIU7z21r

“Why would you take Mourinho out on the eve of a final that you brought him in to achieve? I think it’s because they didn’t want him anymore.

“They’d made their decision that it had gone that way and all they were doing was treading water.

“A League Cup final was sacrificed. I don’t think they would have beaten Man City with Mourinho there, but they had more of a chance with Mourinho than they ever had, with due respect, than Ryan Mason and Chris Powell.

“I don’t think it tells us anything we don’t already know,” Jordan added. “He (Guardiola) gets to finals, takes them seriously and Man City are the best team in the Premier League.

“Tottenham are a mile off. The change in management, if there was any notion Ryan Mason was going to be the cure for it goes to the birds.

“Ryan has come in to do a very difficult job. Spurs in that game would never have ceded that amount of control to Man City in the first 30 minutes.”