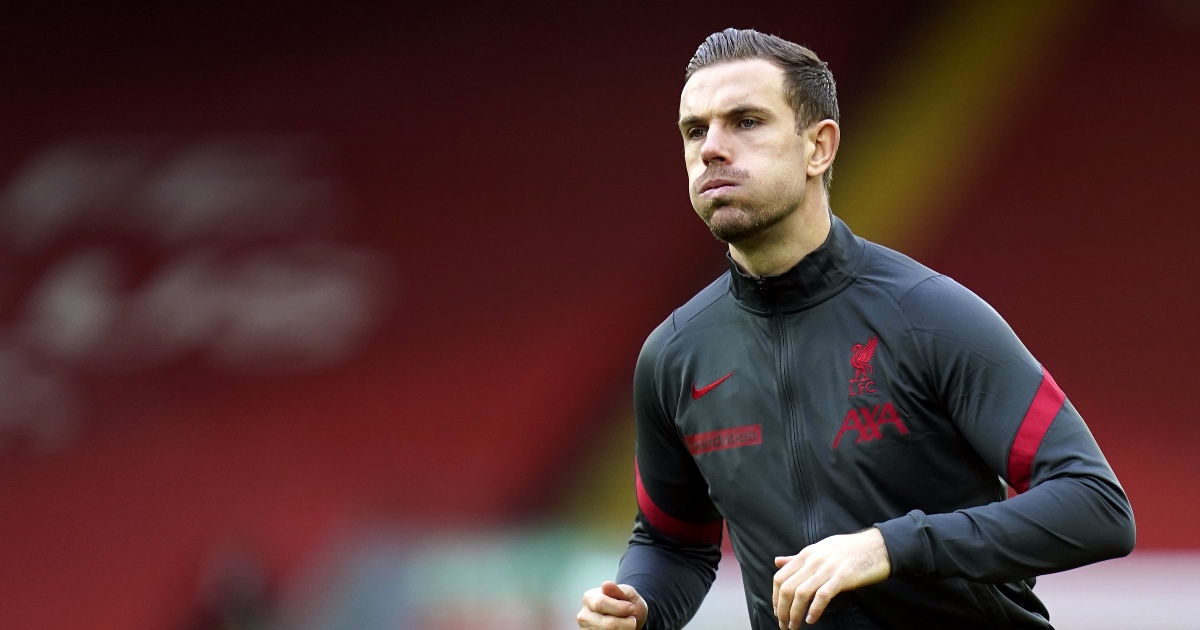 Jordan Henderson has reportedly called a meeting with the 19 other Premier League captains to discuss the European Super League.

The midfielder, whose club Liverpool has opted to join the breakaway competition, is expected to spearhead the players’ response.

He will meet with the likes of Manchester United skipper Harry Maguire and Chelsea captain Cesar Azpilicueta to find out what the Prem stars think about the plans.

FEATURE: Six snakes ranked: Which is most likely to pull out of Super League…

According to the Daily Mail, Henderson has contacted all of the other top flight captains.

The response is highly anticipated as it will include players from member clubs, like Liverpool and Arsenal, as well as those from the 14 teams who have been ignored.

The Englishman has long been a respected figure in the Premier League. Towards the start of the coronavirus pandemic, he organised the players’ response by starting an NHS fund.

He also gave up his social media accounts to the Cybersmile Foundation to try and spread awareness about online hate.

Maguire will likely put across his thoughts to the captains after holding a meeting with United vice chairman Ed Woodward.

He was thought to be angry at the fact that him and his team-mates had not been told about the plans before their win over Burnley.

Manager Ole Gunnar Solskjaer was only just told about the proposed ESL before the game.

He was not given any background information and was forced to face the media without proper knowledge.

Henderson’s team-mate James Milner became one of the first players to speak out yesterday.

When asked about the new competition, following the 1-1 draw with Leeds, he said: “There is a lot of questions.

“I can only say my personal opinion, I don’t like it and hopefully it doesn’t happen. I can only imagine what has been said about it and I probably agree with most of it.