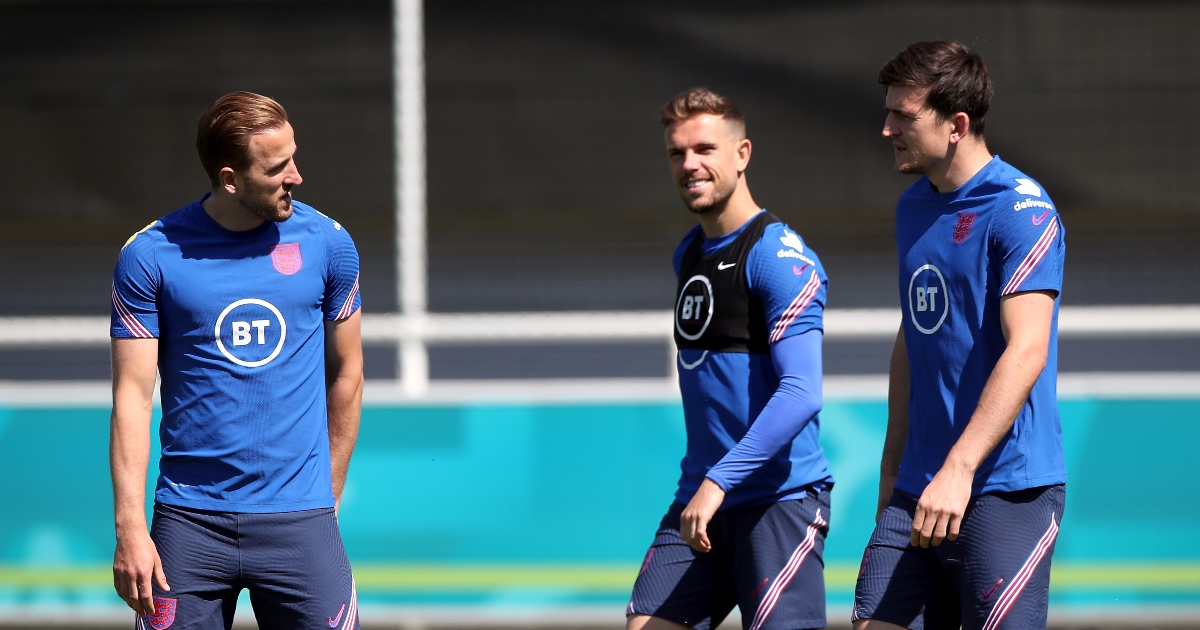 Jordan Henderson and Marry Maguire are both set to feature for England in tonight’s Euro 2020 clash against the Czech Republic.

The Three Lions face off with the Czechs at Wembley in a fight to secure the top spot in group D with both teams currently on four points.

Neither Maguire or Henderson have played in the first two games of the competition with the pair both recovering from long term injuries picked up last season with their clubs.

England have already qualified for the last 16 after results in group B and C went their way meaning Gareth Southgate’s side are guaranteed to at least go through as one of the four best third-place teams.

According to Sky Sports Southgate is hoping to give the pair minutes before they play their last 16 game next week.

Maguire has spoken about his fitness prior to the game with England’s official show, Lion’s Den.

“The more sessions I do, the more games I play, I’m sure I’ll get more confidence – and that’s the thing with these type of injuries.

“I think it’s just about building the confidence. It’s all stable now and I’m available and ready to go. Any Euro match is really important to go out there and try and win the football match.

“The boys have put ourselves in a great position in the group – four points from two games – although obviously we want to win every football match, so we’d like to be on six.”

England will be without Ben Chilwell and Mason Mount on Tuesday after the two have been forced to isolate until at least Monday following close contact with Scotland’s Billy Gilmour who tested positive for COVID-19.

Mount has played the full 90 minutes in both of England’s games so far, but Chilwell has yet to feature.

Mount’s absence will make space in the midfield which could be where Liverpool captain Henderson is likely to fit in to the side to make up minutes.