Home Mediawatch Henderson ‘PR disaster’? His agent is a genius… 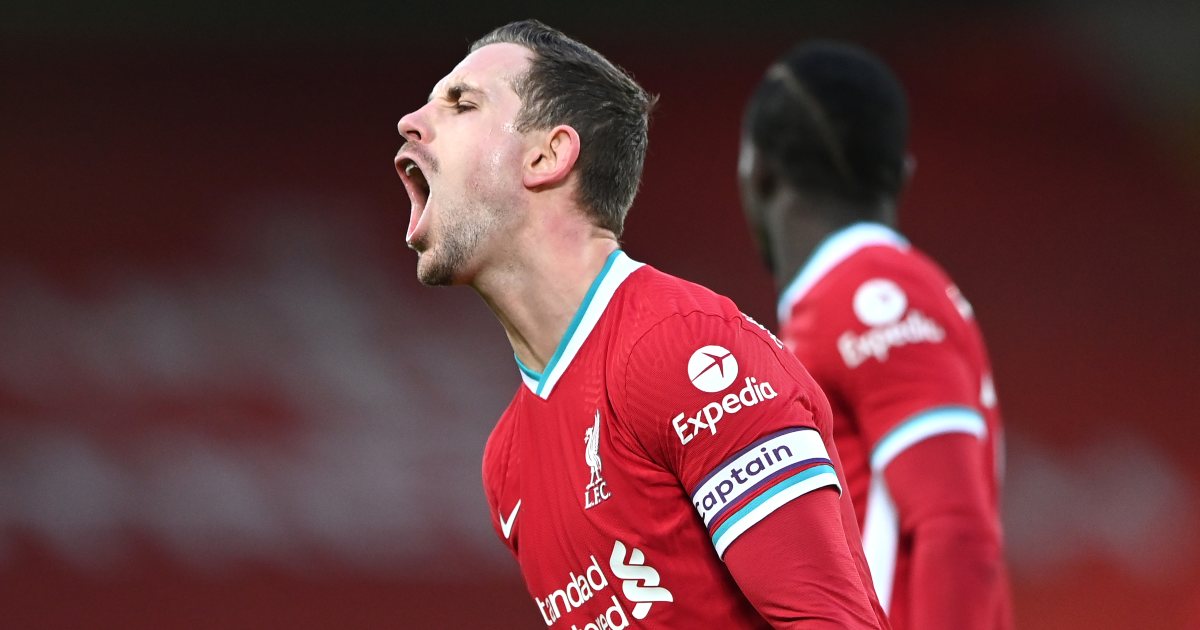 This is the Hend
Liverpudlian Brian Reade is ‘at the heart of football’ so he is busy writing about Jordan Henderson in the Daily Mirror two days after a collective madness at the news that the 31-year-old captain is entering the final two years of his contract along with Virgil van Dijk, Mo Salah, Fabinho, Roberto Firmino and Sadio Mane, among others. Maybe he is closer to the outstretched arm of football rather than the heart. And right now, that arm is in the air, waving, while he shouts ‘Liverpool’s chiefs should recognise Henderson’s true value…so get a new deal sorted NOW’.

Mediawatch has been through this before but it’s worth reiterating that Henderson still has two years left remaining on his Liverpool contract. Two years. His agent has done a bloody fine job in convincing the media that this somehow constitutes a crisis.

To Reade’s credit, he recognises this and writes that ‘someone is clearly trying to force the club’s hand by going public with his discontent’ and gives no credence to the idea – as mooted by his colleagues – that Henderson could leave this summer.

But if you have spotted the manipulation by Henderson’s agents, then why write a column claiming that ‘this is another PR disaster in the making that shouldn’t take too much goodwill to solve’ and that ‘Henderson is owed’ a new contract? He is owed nothing; Liverpool are a business and they have a whole raft of players approaching or over 30. They cannot give them all new deals, especially when they still have two whole bloody years remaining.

‘Speculation over the captain’s future cannot be allowed to drift into next season threatening disharmony in the dressing room and disquiet among the fans.’

Somebody needs to tell Reade that long-serving and multiple-trophy-winning Chelsea captain Cesar Azpilicueta is also 31 and he has just one season remaining on his contract. Or is it only a ‘PR disaster’ because ‘this means more’ and Henderson’s agent is canny enough to manipulate that?

“In terms of Henderson, he is not going to leave in this window. There’s no chance Liverpool are going to let him leave at the same time as Wijnaldum’s gone because your whole team starts to fall apart.”

That’s not a ‘claim’, that’s just a statement of fact. There is – as ever – nothing to see here.

Pog days are over (again)
We learn on the back page of The Sun that ‘MANCHESTER UNITED are lining up German star Leon Goretzka amid mounting fears they will be forced to sell Paul Pogba’.

‘Mounting fears’? ‘Forced to sell’? What an awful lot has changed since December, when The Sun told us that ‘FED-UP Manchester United chiefs want Paul Pogba out of the club in the January transfer window’.

‘Forced to sell’? They would bloody love to sell if anybody wanted to give them almost any amount of money.

As Neil Custis wrote literally two days ago: ‘With just a year left on Pogba’s contract, Solskjaer needs him on a new deal and a public commitment to United, or to sell.’

Let’s not pretend that selling Pogba is some kind of disaster for Manchester United when you have spent three years telling us he is on his way out.

Exclusive copying
On The Sun website, they even have the nerve to claim this Goretzka interest as an ‘exclusive’. Just the 24-hours-plus after it appeared in Bild. Stay classy, guys.

Varane away
Sticking with Manchester United, it seems that their pursuit of Raphael Varane may have stalled. Or at least it has if you believe the Daily Mirror website, which you absolutely should not.

His ‘teammate’ is a player who has not yet played for Real Madrid. And his ‘teammate’ David Alaba was asked about Varane at his unveiling and said:

“Varane? Yes, I would like to (play with him), of course. He has had many years as an excellent centre-back…great.”

Now he ‘may have put a halt to’ Real’s plans to recoup up to £50m for a player that could instead leave for nothing next summer. Of course he bloody has.

But perhaps it should have been three because the last one made Mediawatch guffaw:

‘Dane Scarlett can be Harry Kane’s back-up, but not his replacement’

No sh*t. Thank God Nuno found out before he sold Kane.