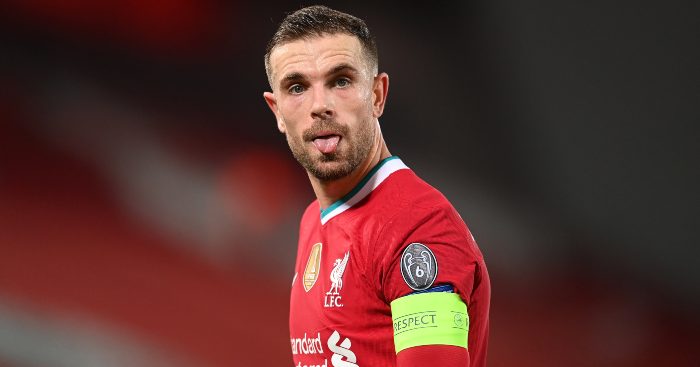 Jordan Henderson claims he was in a “very dark place” during part of Brendan Rodgers’ spell in charge of Liverpool after the club tried to sell him to Fulham.

The England international joined Liverpool from Sunderland in 2011 for a deal reported to be worth £20m.

Henderson started 31 Premier League matches in his first campaign at the club but was limited to only on 14 starts the next season after Rodgers had offered him a way out in 2012.

He turned down the move and has now won both the Champions League and Premier League as Liverpool club captain.

“That was a difficult moment I remember very clearly,” Henderson told The Guardian after being given the chance to sign for Fulham.

“We were preparing for a [Europa League qualifying] game against Hearts at Anfield. We met as normal in the hotel and I got a knock on my door saying the manager wanted to speak to us.

“To be fair to Brendan Rodgers, it was really just a conversation. It was an opportunity I didn’t want and I didn’t like. I still felt I had an awful lot to give, but I was in a very dark place at that time.”

On his growth under Jurgen Klopp, Henderson added: “When the manager first came, it was difficult for me because I was injured. I kept getting niggles so it took a while to get the real me and my rhythm back.

“And then I began to play in a deeper role and that is thanks to Jurgen, because I don’t think many people would have seen how I could do that role. There were times when I wasn’t performing well. Then you would question if I was good enough.

“But I had confidence in the manager and kept working and I matured. I’m really grateful for having that opportunity because my all-round game has improved defensively and offensively.

“When we signed Fabinho, a natural defensive midfield player, I felt that was a good thing for me because I could play a little higher up. So when I had the conversation with the manager he was very open. But I don’t think he was going to play us there straight away.

“Not long afterwards I was on the bench at that Southampton game before I came on as an attacker and managed to score. I’ve matured even more since then.

“At the end of last year, I played more as a No.8, but with certain injuries I’ve had this season I’ve played a little deeper again. I feel I can contribute to both positions.”