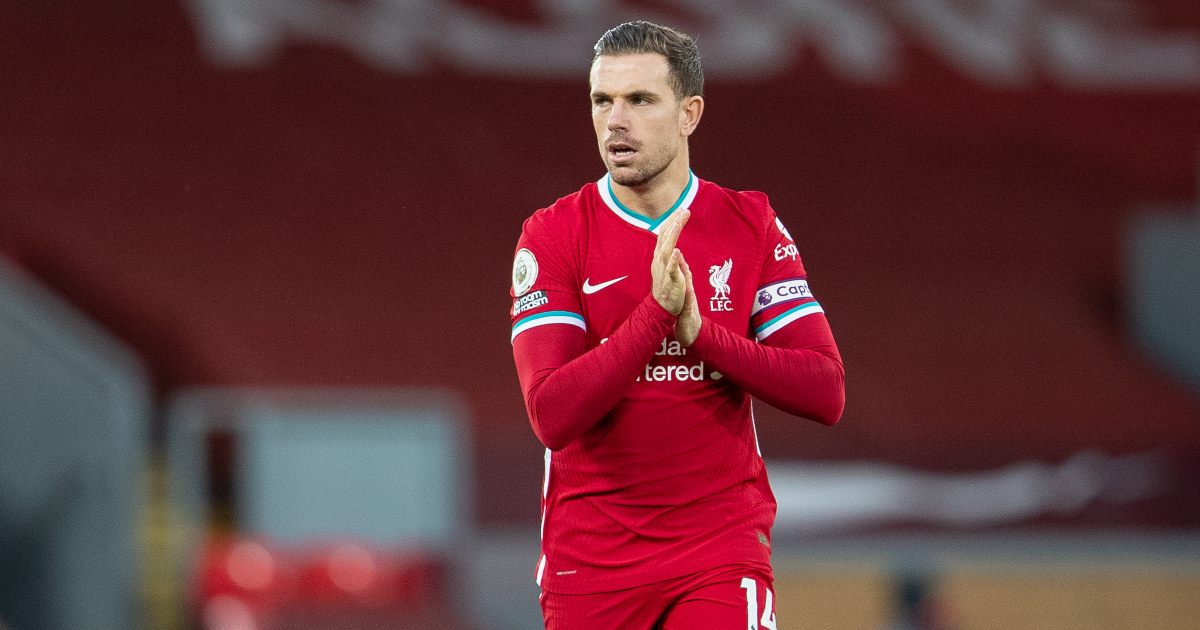 Liverpool midfielder Jordan Henderson could be a doubt for Euro 2021 after a report claims he could be ruled out for 12 weeks.

Henderson injured his groin during the Merseyside derby over the weekend as Liverpool lost more ground in the race for the top four.

The England international had been playing out of position as Jurgen Klopp tries to find a solution to his mounting injury issues as centre-back.

New signing Ozan Kabak has been thrown in alongside Henderson at the heart of defence with Joe Gomez, Virgil van Dijk, Joel Matip and Fabinho all out injured.

And the injury to Henderson is another blow with The Sun claiming Henderson is ‘facing 12 weeks out with groin injury amid surgery fears’.

The report adds that ‘there are genuine concerns that when the results come back today, an operation may be the only option.’

An operation ‘could sideline him for 12 weeks’ meaning he would miss the rest of the season for Liverpool and put his hopes of playing for England in the Euros in doubt.

The Sun add that if surgery is not required then Henderson is still ‘likely to miss at least six Prem games plus the second leg of their Champions League tie against RB Leipzig’.

After the match against Everton, Klopp said: “It is the groin, adductor region. Nothing from the medical department was positive about it. It doesn’t look good but we have to look at the scan tomorrow.”