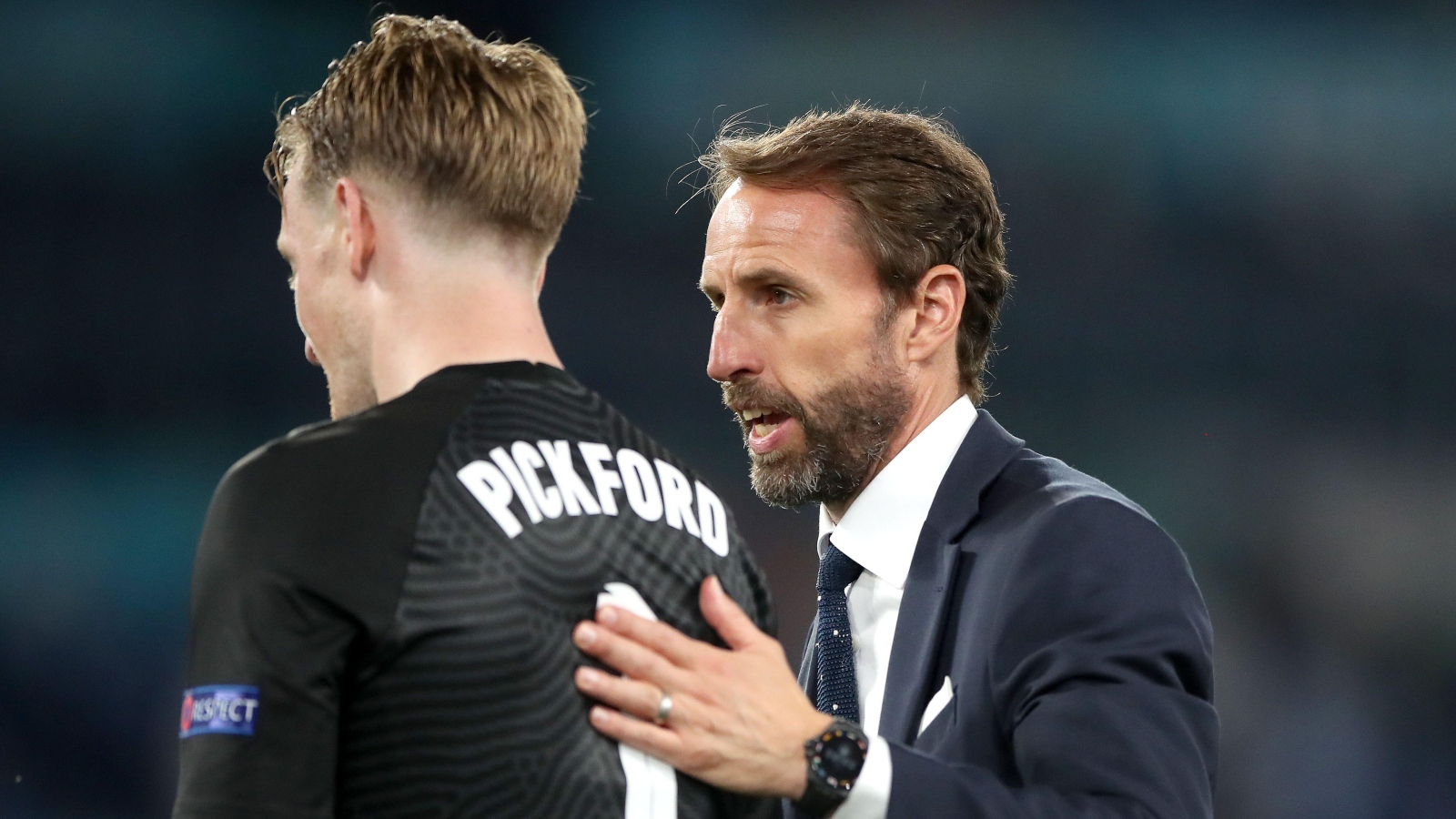 England No. 1 Jordan Pickford was high in praise of “brilliant” Gareth Southgate ahead of the Three Lions’ opening World Cup fixture.

Having reached the semi-finals at the 2018 World Cup in Russia, England then lost the European Championship final on penalties to Italy last summer.

Form then they dropped off as three defeats and no wins from their Nations League campaign saw England relegated and pressure on Southgate build for the first time.

The Three Lions open their World Cup campaign against Iran on Monday as Southgate again looks to lead England deep into a major competition, with goalkeeper Jordan Pickford insisting the manager is still taking the team forward.

“I think Gareth is brilliant,” he said.

“For me, Gareth has been brilliant – he’s been a brilliant manager.

“We’ve been successful, without winning anything in the last two tournaments I’ve been involved in.

“We’ve come a long way as a nation, especially from Russia, where we were written off a bit early doors and got to the semis. We were disappointed not getting to the final.

“We took that momentum into the Euros, pretty much a home tournament, as close as I will get in my career to that. We got to the final of that.

“We’ve tasted defeat in both of them. But we know what it takes to get that far. We know how tough it is to win the World Cup but our main aim is to win the tournaments. We’ve got the ability and mental strength in the team.

“It is a progression. It is a hunger to say that you have got the runners-up medal – it’s a hunger wanting to go and get the winner’s medal.”

Asked about not wanting to be remembered as a team that did well without silverware, Pickford added: “It’s what football is all about: winning. That is what we are in the tournament to do.

“The last two tournaments we didn’t get over the finish line but we’ve made massive strides as a nation and as a group of players. We are knuckling down.”

Southgate was jeered by some of the travelling fans after England lost their penultimate Nations League fixture away to Italy in September.

But Pickford feels the standard of opposition faced in the Nations League – with Hungary and Germany also in the latest group – has helped England develop.

“The results we’ve had over the last four years, beating top nations in friendlies, in Nations League through to beating Germany at Wembley in the Euros, massive games,” he added.

“The manager sets up a team to go and win the games and we have got to execute it.

“Football is never an easy ride and some games you can’t win and I think the Nations League is good for us because you are playing against top teams – Hungary, Italy, Germany.

“It’s very competitive and you get to learn more about yourself in better games.”