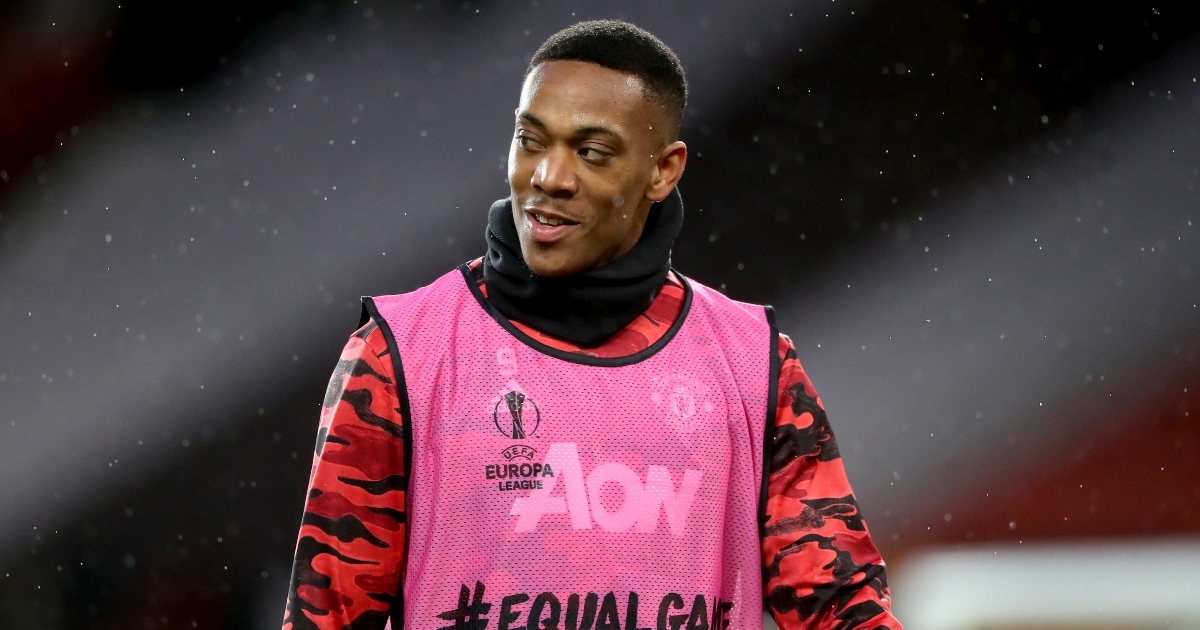 Sevilla confirmed the loan signing of Martial on Tuesday. The Spanish side have agreed to cover the attacker’s wages until the end of the season.

Furthermore, PA Sport are reporting that this deal does not include an option to buy.

The France forward had been heavily linked with a move in recent weeks after falling down the pecking order at Old Trafford.

Jordan believes that Martial’s struggles at Old Trafford are down to himself and not the club, claiming that he has ‘failed to adapt’.

“If you look at young players. Wayne Rooney went into Man United as a teenager, [Cristiano Ronaldo] went there, Jude Bellingham’s gone to Dortmund as a teenager,” he said on talkSPORT.

“They should’ve given an option to purchase, because back he’ll come..”

Simon Jordan says Man Utd have made a big error in Martial’s loan to Sevilla. 👀 pic.twitter.com/QcMvN139NI

“If you’ve been there a couple years, or eighteen months like Wilfried Zaha went there, clearly it wasn’t right for him to go Man United at the time.

“You can contribute that to the player and the step up, he [Martial] has been given six-and-half years!

“Six-and-half-years to get his act together. Ultimately he’s not really made his mark.

“It’s all been about what he can do rather than what he has done. You have to lay the blame the player – the same way with Memphis Depay when he came.

“There are also many examples of younger players who go to clubs and are successful.

“To build something of substance and to overcome adversity, if it’s always a one-way transaction then when a moment of adversity comes your way, you will fail.”

Jordan also claimed that Manchester United have made a mistake in not including a buy option in the deal, saying that Sevilla will not want to sign the player ‘once they know what they’ve got’.

He added: “Huge mistake for Man United, they should have got an option to purchase because back he’ll come once Seville know what they’ve got.