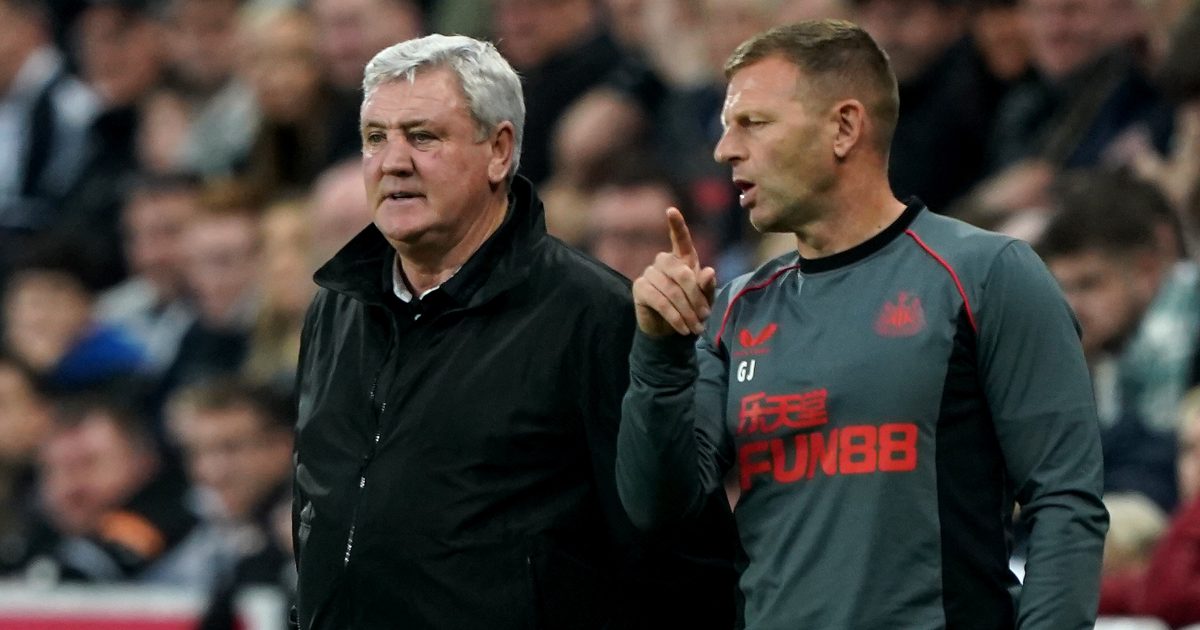 Simon Jordan has taken aim at Graeme Jones, who is Newcastle United’s supposed “lord and saviour” despite him being “part of the problem”.

Jones has previously worked at Everton and with the Belgium national team. Earlier this year, he was appointed as Newcastle United’s new first-team coach.

The Magpies’ form at the start of this season has been poor. They are winless in the Premier League from their eight appearances.

No moral high ground between Newcastle and the Premier League

This form leaves them 19th in the Premier League as they have three draws and five defeats so far.

The club’s Saudi-led takeover was completed earlier this month. Newcastle boss Steve Bruce is expected to leave the club. Former Bournemouth boss Eddie Howe is being linked with the job.

As reported by Chronicle Live, Jordan has suggested that Newcastle should not go for Jones as Bruce’s successor:

Elsewhere, Callum Wilson has called for Newcastle fans to be patient:

He added: “Now it’s about getting the both together and trying to be consistent in our performances to make sure that ultimately, at the end of it will come a result.”