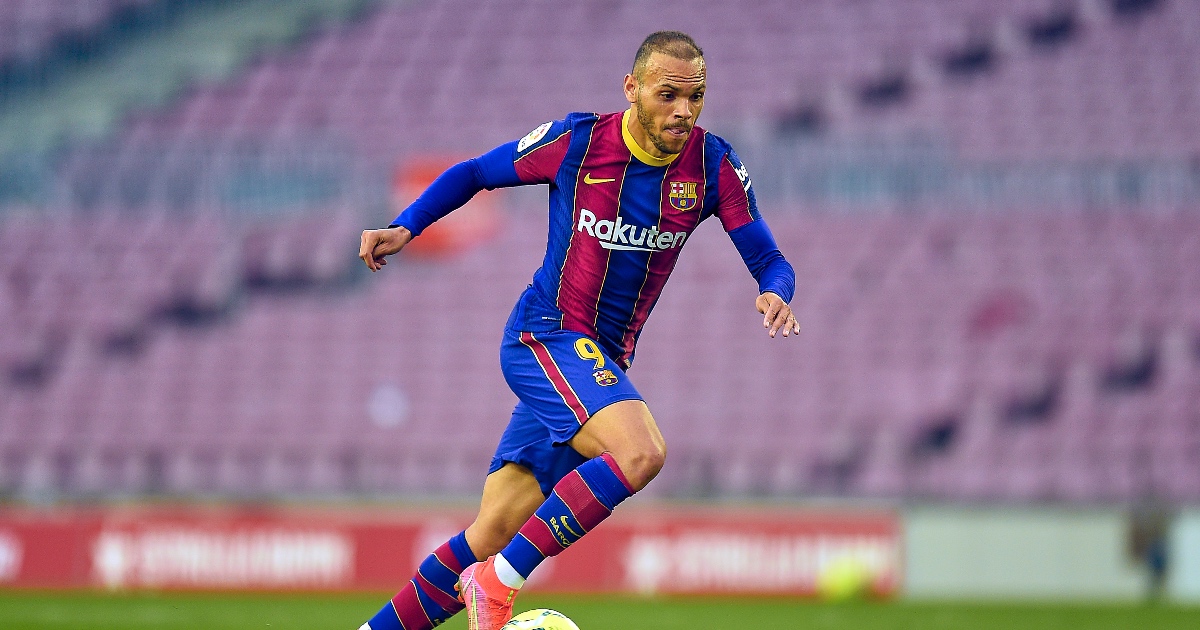 Super agent Jorge Mendes is hoping to get Martin Braithwaite to join Wolves this summer, according to reports.

The lively Denmark international surprised fans when he secured a move to Barca from Leganes in February last year.

He was signed for £16.2million during a player shortage and has since bagged eight goals in 53 games for the Catalan giants.

Braithwaite now looks set to be sold by Barca to help ease their financial situation.

Spanish source Sport says that Mendes, who represents Braithwaite, is ‘pushing’ for him to sign for Wolves.

Barca know that the 30-year-old’s lack of goals at the Nou Camp has reduced his transfer value.

However, his good performances at Euro 2020, which helped Denmark to reach the semi-finals, mean they will hold out for €15m (£12.9m).

Fellow Premier League sides Brighton and West Ham are also credited with an interest. But it’s thought to be Wolves who are leading the race for Braithwaite.

Mendes has worked with Wolves on plenty of occasions in the past.

He was instrumental in making Bruno Lage their new manager following the departure of Nuno Espirito Santo at the end of the 2020/21 campaign.

He also represents star midfielder Ruben Neves and helped the Portuguese international move to Molineux from Porto in 2017.

Wolves have been in the market for a new centre-forward ever since Raul Jimenez suffered a fractured skull last season.

The Mexican talisman has now returned to action in pre-season, but cover is still needed.

The West Midlands outfit decided not to sign Willian Jose permanently after he managed just one goal in 18 matches during his loan spell.

Spanish winger Adama Traore could be sold to fund Wolves’ move for Braithwaite.

Leeds United have reportedly reignited their interest in the 25-year-old, who made 37 Premier League appearances last term and scored two goals.

It’s believed Traore is open to leaving Wolves in search of a new challenge.

Marcelo Bielsa is a big fan of the player, while the Whites’ director of football Victor Orta signed Traore for Middlesbrough five years ago.

Traore also has links with Barca, having spent two years with their B team between 2013 and 2015.