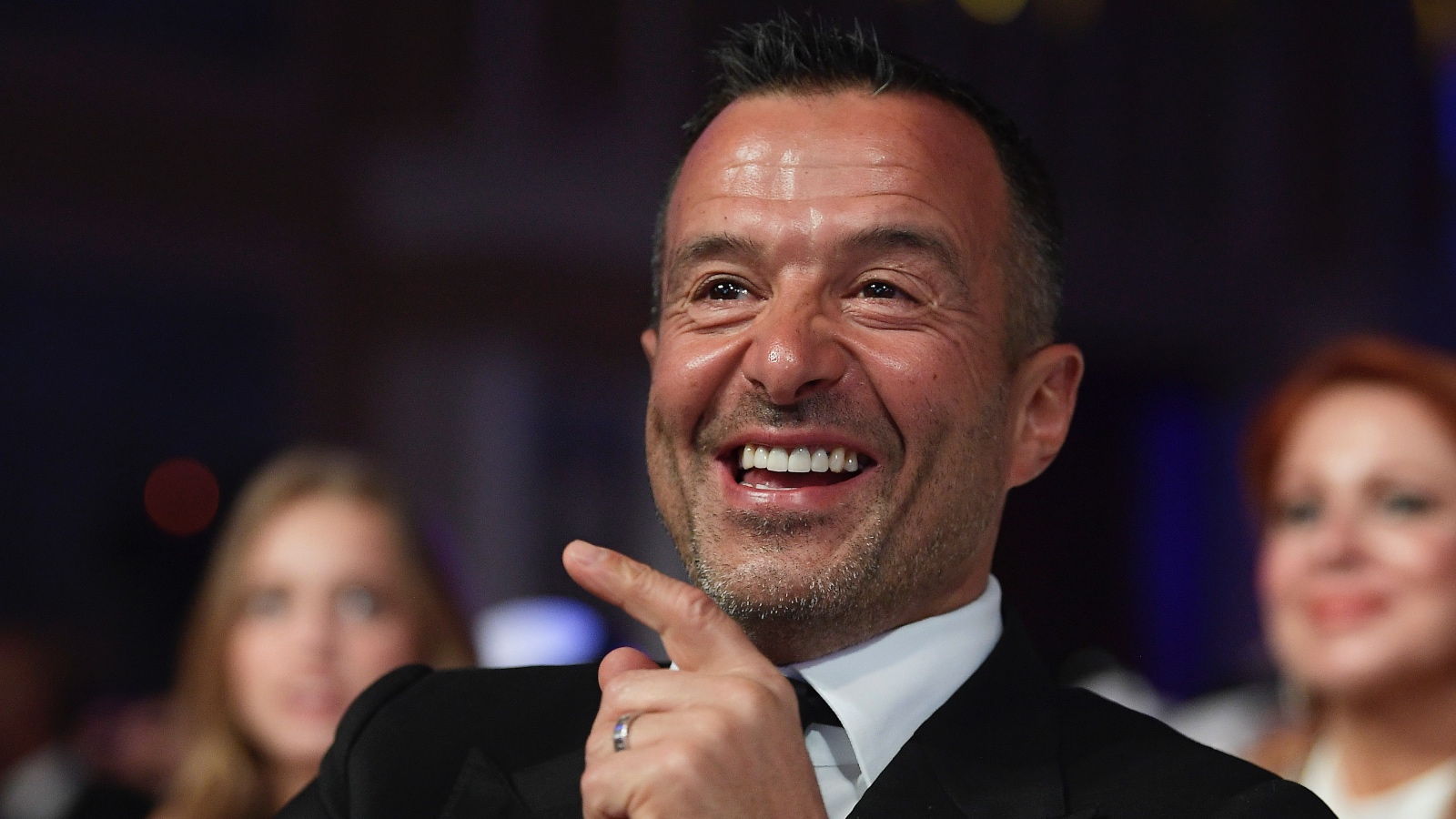 Super-agent Jorge Mendes is reportedly probing the transfer market for strikers for Tottenham as they prepare for Harry Kane to join Manchester United this summer, despite Spurs not asking him to do so…

Manchester City attempted to sign the England international last summer but hit a brick wall in negotations with Spurs and Daniel Levy.

After enduring a tough start to the campaign, Kane has returned to form under Antonio Conte and The Athletic claim United could move for him when the transfer window opens.

Edinson Cavani is set to leave Old Trafford on a free transfer, Mason Greenwood remains unavailable for selection, rumours have been rife over the future of Cristiano Ronaldo, while there’s also speculation over Anthony Martial, who’s currently on loan at Sevilla, and Marcus Rashford, who’s reportedly grown disillusioned under Ralf Rangnick.

In short, United are in the market for a striker, and Kane has emerged as their top target.

The report claims Ed Woodward tentatively approached Levy to sound out Kane before, but didn’t fancy entering a bidding war with City, with Jadon Sancho the priority at the time.

It’s said that Kane would ‘fit the bill commercially’ for the Red Devils, though their failure to appoint a new manager so far is ‘complicating matters’.

United are said to covet the signing of the Tottenham star regardless of who is in charge, amid links with Erik ten Hag and Mauricio Pochettino.

With United targeting Kane, Mendes is said to be working behind the scenes to seek a replacement.

That’s without Spurs’ say-so – the club insist they haven’t instructed him to do so.

But Mendes is working on Spurs deals for two strikers: Darwin Nunez and Tammy Abraham.

Nunez has been linked with a number of clubs having taken Primeira Liga by storm for Benfica this season, scoring over 20 goals.

Abraham meanwhile has been revitalised having swapped Chelsea for Roma, earning admiring glances back in the Premier League for his performances under Jose Mourinho.

But the England international won’t come cheap, with reports suggesting the Serie A side have slapped an eye-watering £100m price tag on the striker who moved from Stamford Bridge last summer.