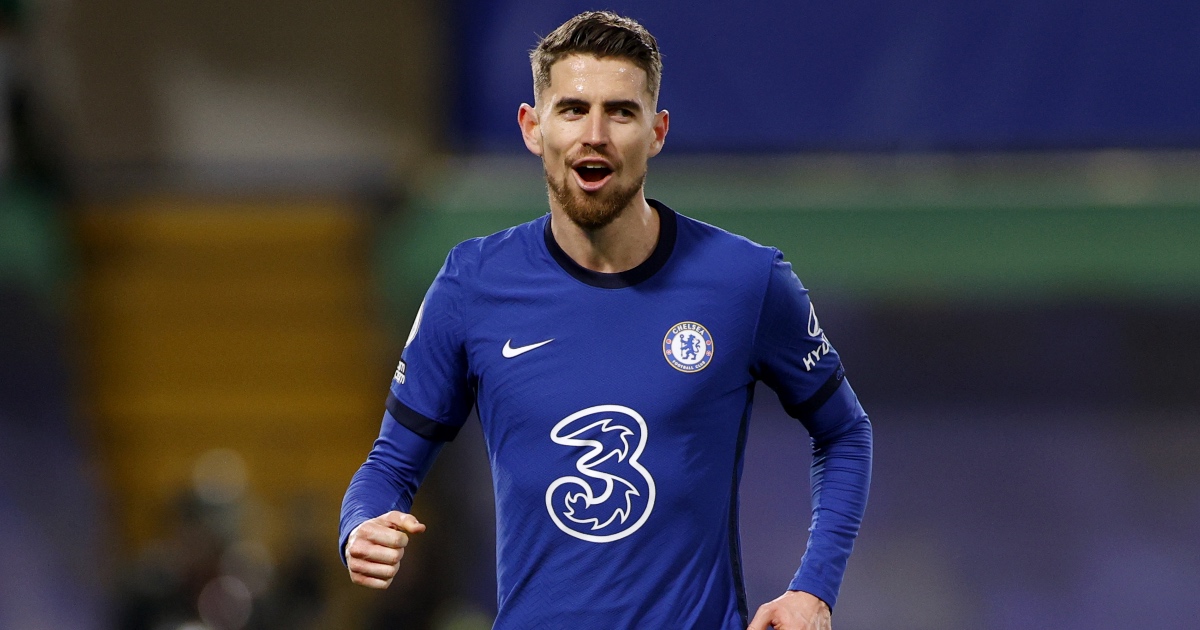 Chelsea midfielder Jorginho is ‘100 percent staying at Chelsea’, according to his agent Joao Santos.

The Italy international has been widely linked with a Juventus move to reunite with former boss Maurizio Sarri.

The rumours intensified when Jorginho lost his first team place under Frank Lampard, but his game time has now stabilised under Thomas Tuchel.

Speaking about the 29-year-old, Santos told Tuttomercato (via Daily Mail): “He has a two-year contract with Chelsea. He is thinking about playing in the European Championship and then the World Cup in Qatar.

The agent also revealed that Jorginho will begin contract discussions with Chelsea in the coming months.

His comments seem to contradict what he said about Jorginho in November: “Almost all the Italy players are in Serie A, as it’s an important league, but his journey took him to London. If Maurizio Sarri had remained, perhaps he’d have joined Juventus.

“Jorginho has a personal and professional bond with the coach that is very strong. We’re waiting to see where Sarri goes, and if it’s a big club in Italy, Jorginho could follow him.”

The player lost his place at Stamford Bridge for five Premier League games between November and December.

He did manage to return under Lampard, but the arrival of Tuchel has heralded a new era for Jorginho.

Jorginho tends to operate alongside N’Golo Kante or Mateo Kovacic in Tuchel’s midfield.

The system has provided stability and an appropriate amount of protection for the defence.

It also allows the likes of Mason Mount, Hakim Ziyech and Timo Werner to go forward without having to worry about their defensive duties too much.

In February, he scored in successive wins against Tottenham and Sheffield United.

His most recent goal came in the 2-0 victory over Everton shortly before the international break.

Those three points, coupled with the point against Leeds, took Chelsea within five points of third-placed Leicester City.

They’re trying to escape the clutches of a fourth-place battle with West Ham and Tottenham.

Jorginho is expected to start in Chelsea’s next game. They play strugglers West Brom on Saturday at 12:30.