Home All The News Jorginho accused of faking injury against England 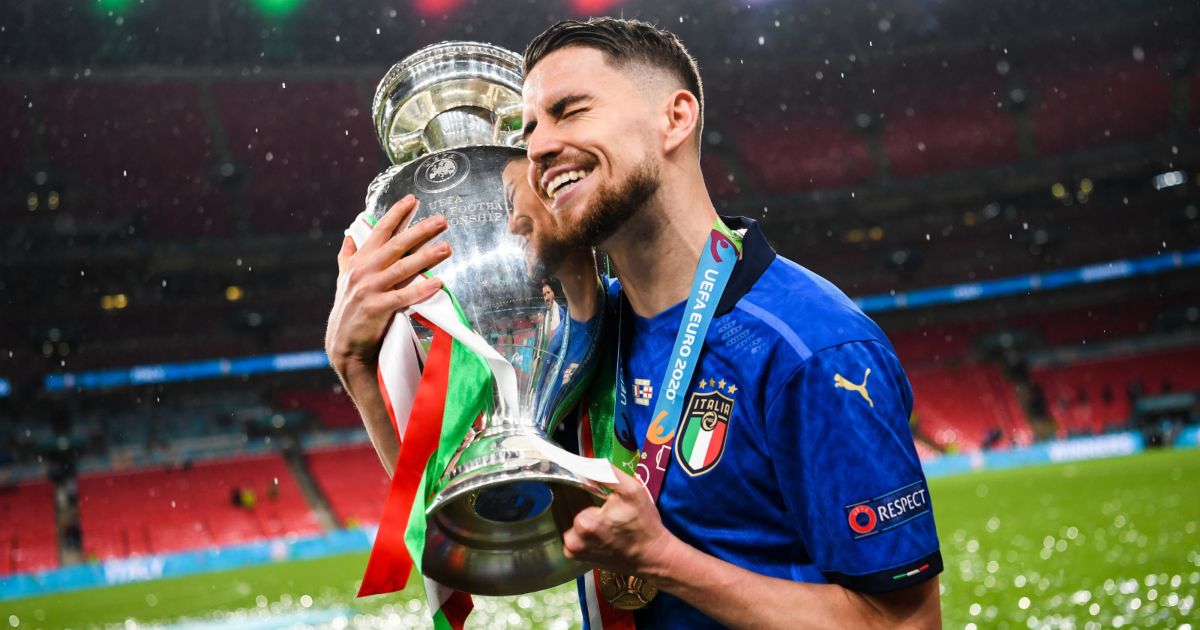 Jermaine Jenas has suggested that Italy midfielder Jorginho faked an injury to get away with a poor challenge on Jack Grealish in their Euro 2020 final against England.

The nation was at a standstill for the Three Lions’ biggest match in 55 years and Luke Shaw’s early stunner at a rocking Wembley had fans dreaming that football would be coming home rather than going to Rome.

But Italy wrested control of Sunday’s final and deservedly levelled through Leonardo Bonucci, with the match going to extra-time and on to spot-kicks after it ended 1-1.

England boss Gareth Southgate failed with the key effort in the Euro 96 semi-final loss to Germany and Wembley witnessed another gutting shoot-out loss in the country’s first ever European Championship final.

It didn’t go by without a dose of controversy, though, with Grealish left in agony after being caught by Jorginho in extra time. The Italy midfielder was perhaps fortunate to only receive a yellow card.

And former England midfielder Jenas thinks Jorginho was pretending to be hurt in order to get away without a sending off.

“His foot deflects off the ball and catches Jack right on the top of his knee,” Jenas said during BBC commentary.

“He’s [Grealish] is fuming. It’s not a great challenge, it’s a poor challenge, he’s gone with his studs, it’s a shocking challenge in the end.

“Seeing it over and over again and the angle he’s gone in with his studs. It’s a terrible challenge.

“When I saw him [Jorginho] get up and then throw himself back down to the ground I thought, ‘you’ve done something wrong here’.”

Jorginho becomes just the 10th player to win both the Champions League and European Championship in the same year 🏆🏆 pic.twitter.com/C2coQlh2ll

Former Chelsea manager Frank Lampard thought his former player should’ve been sent off and reckons he would’ve been if the challenge had been committed in the Premier League.

“It feels like it follows on from VAR,” Lampard told the BBC.

“There’s been a lot of good things about VAR, but I’m pretty sure in the Premier League that gets looked at on the monitor and it’s a red card.

“It’s not always easy to nail them straight away. But I think it’s a red card when you see it there.”

Fellow pundit Alan Shearer added: “It’s careless, it was endangering the safety of an opponent.

“It was over the top and it should’ve been a red card.”