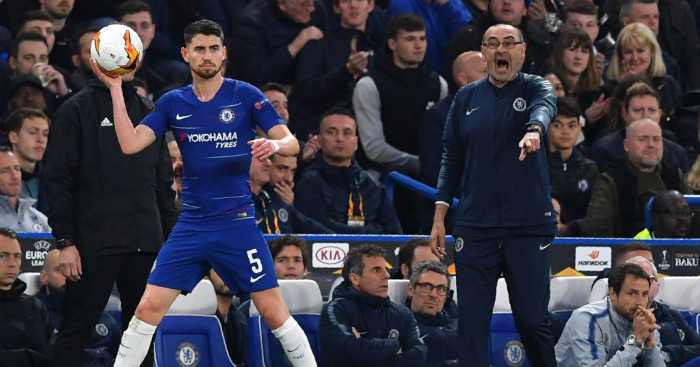 Jorginho’s agent Joao Santos has reiterated his belief that his client could leave the Chelsea this summer but insists his “priority” is to remain at Stamford Bridge.

His first season in England proved to be a testing one, with many of the problems of Sarri’s reign placed squarely on the midfielder’s shoulders.

Jorginho has improved dramatically this season, after a testing first season under Maurizio Sarri, and is now playing a pivotal role in the team under Frank Lampard.

Earlier this week he suggested his client could be on the move again this summer, hinting that Sarri-managed Juventus could be keen on a deal.

Those comments caused something of a stir, and he has now moved to clarify the position.

“Anything can happen inside the transfer market,” he told Tutto Juve, via Sport Witness.

“The ‘why not?’ means that Jorginho has a three-year contract with Chelsea, the priority is clearly to stay here, but we could also consider leaving the club in July.

“And if this hypothesis occurs, we would be ready to evaluate the different proposals that will come from Italy, France, England. Why should Juventus not be possible?

“It is the most important team in Italy, the one that has won the most in recent years. We would not say no to the Bianconeri.”

Rumours linking Jorginho with a move to Juventus are nothing new, with Sarri’s presence at the Italian giants making them something of an inevitability.

“It’s normal because Sarri was Jorge’s coach at both Napoli and Chelsea,” Sousa added.

“In these four years he has been fundamental in his game, he knows the mechanisms very well, and that’s why they talk about it.

“If Juventus – who owns a very important squad – should he need it and Chelsea would be available for sale, we could certainly evaluate their proposal.

“And then it would be up to the companies to find the agreement.”