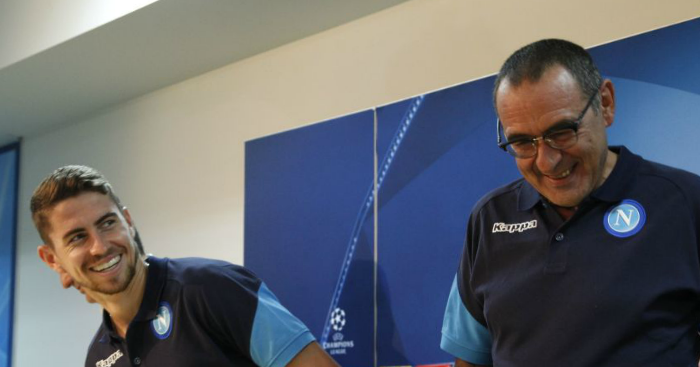 The Brazil-born Italy midfielder has been identified as the man key to putting the coach’s ‘Sarriball’ possession-based game into practice on the pitch.

Jorginho, who – like Sarri – joined Chelsea from Napoli in the summer, has been described as untouchable in the Italian’s line-up, but he denies that is the case.

“I’m not special. I have a completely normal relationship with Sarri,” he told The Guardian.

“I don’t go out for dinner with him. I don’t go round to his house. I am just a player who can help him do the things he wants his team to do.

“He’s shouted at me when I’ve got things wrong, just as he has everyone else. I certainly don’t consider myself to be his golden boy.”

Jorginho was on target in the west London derby victory over Fulham last weekend but he has been subjected to booing from the Stamford Bridge crowd, and missed a penalty in the shoot-out defeat to Manchester City in the Carabao Cup final last month.