Jorginho has regularly been linked with a move to Turin, but Juve are now approaching other targets. 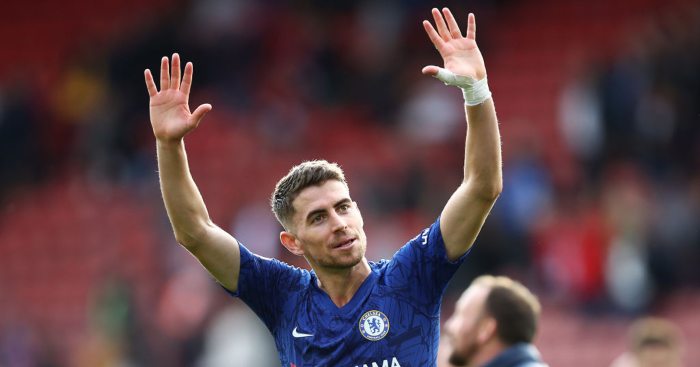 Jorginho will remain at Chelsea as Juventus have decided not to follow-up on their interest in the midfielder, according to Tuttosport (via Mail Online).

The Italian has been linked with a summer move to Turin as Juve look to improve their midfield options.

Gossip became fiercer after Jorginho’s agent spoke of the strong relationship between Jorginho and Maurizio Sarri. The pair worked together for five years at both Napoli and Chelsea.

His ability to play in the Premier League has also been questioned by pundits and fans in recent months. The midfielder only registered two assists in 31 Premier League appearances in the most recent campaign.

Chelsea have instead relied on the likes of Mason Mount and Christian Pulisic to provide them with attacking threat from midfield.

However, following the replacement of manager Maurizio Sarri with Andrea Pirlo, Juve will now look at alternative options.

The 20-year-old has had a promising start to his career at the club and has already made 88 senior appearances, scoring six times during that period.

He’s been touted as the ‘next Pirlo’ and has a bright future ahead of him.

The player could now make the next step by signing for the Italian champions.

One stumbling block for Pirlo will be interest from rivals Inter Milan.

Officials at the San Siro have been optimistic about signing Tonali and tying him down to a long-term contract.

An alternative for Juve is Roma’s Nicolo Zaniolo.

Zaniolo is a fellow Italian wonderkid that’s represented his country from the U18s all the way up to the first team.

Juve are eager to secure at least one of the two players’ services. They’ve even offered Roma money plus player deals to try and force through a deal for Zaniolo.

Either way, it looks like Jorginho is set to remain at Stamford Bridge.

He will feature as Lampard aims to bring both league and European success to the club.

You can see all of Chelsea’s completed transfers on our dedicated page.