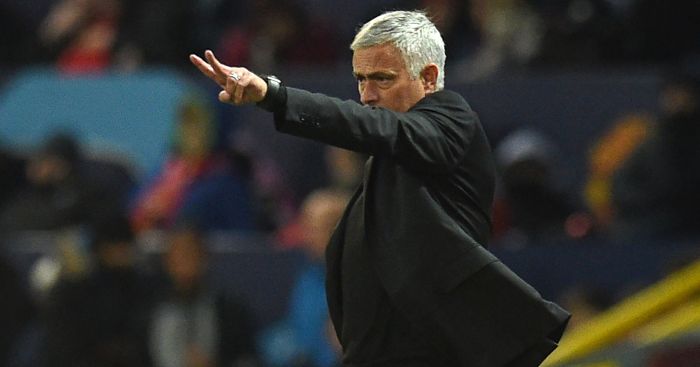 Jose Mourinho has explained his lack of substitutes in Manchester United’s 1-0 loss to Juventus in the Champions League on Tuesday night.

Alexis Sanchez, Jesse Lingard and Marouane Fellaini were missing through injury against the Serie A giant, while youngster Tahith Chong was named on the bench.

Mourinho didn’t make a substitution all evening against Juventus despite having players such as Fred, Ander Herrera and Andreas Pereira ready to come on.

“The only attacking option I had on the bench was an 18-year-old lad who I had never played in the first-team before. And I didn’t think, given the dynamic of the game, that it would have been appropriate to have put him on.

“You can’t expect a young kid, making his debut in a game like that, to give you something or perhaps score a goal, so that’s why we didn’t make any changes and stuck with the players we had on the pitch.”

“We play against one of the biggest really biggest candidates to win the Champions League and we did the possible we could to get the different result,” Mourinho added. “Especially because of the way we played in the second-half.

“We didn’t, especially because Mr Bonucci, Mr Chiellini, they could go to some Harvard University to give classes about how to be a central defender. Fantastic, absolutely fantastic.”