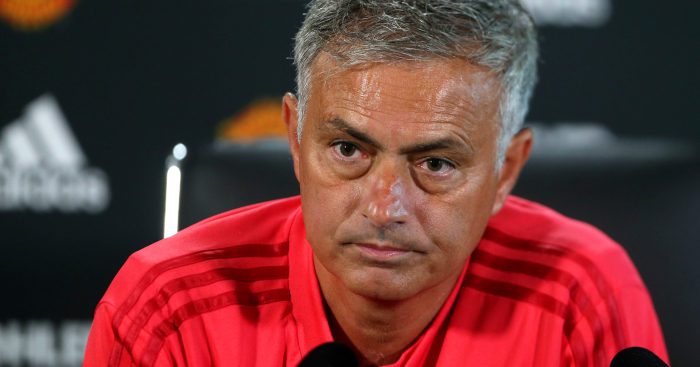 Jose Mourinho has questioned the media’s perception of Manchester United’s achievements last season in comparison to their rivals.

The Red Devils finished second in the Premier League, 19 points behind Manchester City, while defeat in the FA Cup final left them trophyless.

Ahead of his third year at Old Trafford, pre-season has clearly been a frustrating time for Mourinho. United appear unlikely to make the signings he wanted while a perceived lack of respect for leading his side to second spot last term has got under his skin.

“My view is that first of all it is difficult for me to believe that we finished second when I listen, when I read – not much but sometimes I do,” the United boss said.

“It is difficult to believe that we finished second because you are capable of making people that finish second look like they were relegated, and people who win nothing, finish below us, and you make them look like serial winners.

“So it’s difficult for me to understand or to feel or to believe that we finished second, which I keep saying that I – and sometimes it’s also difficult to believe – that I won eight championships and three Premier Leagues.

“But I keep saying and thinking and feeling that the second last season was one of my biggest achievements in the game.”