Jose Mourinho has revealed there will be a change in his backroom staff this summer at Tottenham. 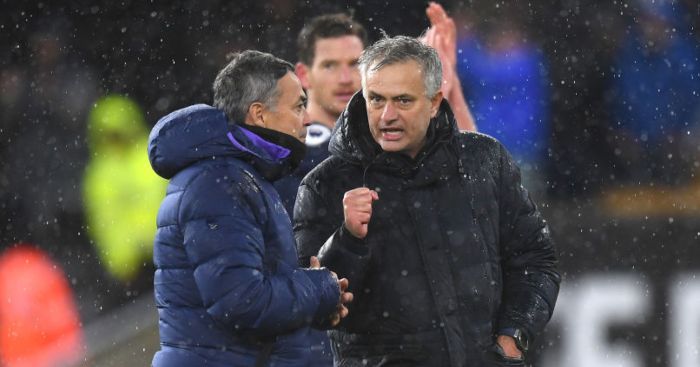 Jose Mourinho has revealed there will be a change in his backroom staff this summer at Tottenham.

There will be definitely some movement in Mourinho’s team after he confirmed tactical analyst Ricardo Formosinho is leaving to pursue a head coach role and will be replaced by a young coach with a “connection” to the club.

The appointment will be announced soon by Tottenham, but under-19s coach Ryan Mason, Robbie Keane and Ledley King are possible contenders.

“My other assistant Ricardo is leaving and he’s leaving because he feels that he would like to have, in this stage of his career, probably one of his last opportunities due to his age, to be a head coach,” Mourinho told reporters ahead of their final day clash against Crystal Palace.

“I’m not going to say where of course, that’s up to him, but he’s leaving and we all wish him all the best.

“Who is coming to replace him? I prefer that it’s the club that’s going to inform you about that but my decision was to go again in one direction that I had before in other clubs which is to help local people to develop, instead of bringing one more assistant with me.

“So it’ll be someone with a history with the club, connected with the club and let’s try to give him an opportunity because I’m not really a fan of people moving with a lot of assistants and forgetting local talent and people from the house.”