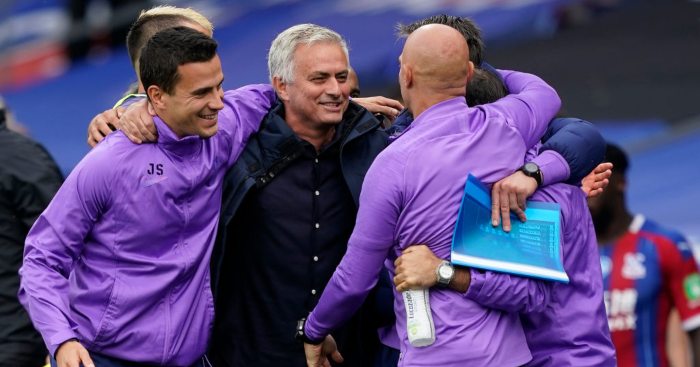 Spurs boss Jose Mourinho has made contact with Bournemouth striker Callum Wilson as he looks to seal his third summer signing, according to reports.

Wilson finished as the Cherries’ top scorer this season but to no avail after their relegation back to the Championship.

As such, Bournemouth are likely to sell some of their best players. Indeed, they have already sold defender Nathan Ake to Manchester City for £41million.

FEATURE: The most valuable footballer for every age 16-42

And with Mourinho looking for a back-up striker to support Harry Kane, the Daily Star recently linked Tottenham with a move for Wilson.

The newspaper said that a back-up centre-forward has become the club’s top priority, with Wilson their top target. The four-cap England international has reportedly told Bournemouth that he wants a move away.

Mourinho has brought in Pierre-Emile Hojbjerg and Joe Hart already this summer and Football Insider now claims that the Portuguese boss has now ‘personally contacted’ Wilson ‘to assess his interest in a move to north London’.

Wilson has scored 41 Premier League goals in 128 matches in the top-flight and the 28-year-old is ‘believed to be open to the possibility of playing second fiddle to Kane’ at Spurs.