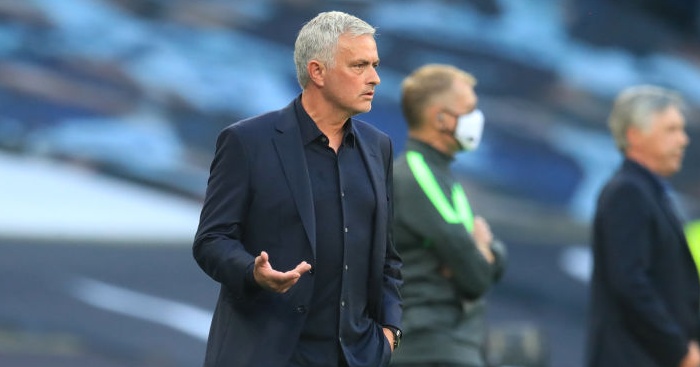 Jose Mourinho has criticised his team for ‘lazy pressing’ after they suffered a defeat in their opening game to Everton.

Dominic Calvert-Lewin’s 55th-minute header was the difference as Everton overcame Spurs in the league for the first time since 2012.

Speaking after the match, Mourinho said: “What happened after the goal with them having more chances is a consequence of conceding the goal and not such good fitness condition from some players.

“What happened before the goal was a good game. We had two incredible situations and two good saves from Jordan Pickford. We didn’t score. The game was open.

“Against good teams like Everton if you let them play from the back they are comfortable with very good technical players. If you don’t press them you give them ammunition.

“It was too easy for them to play from back to front.”

Spurs will now prepare for their next league fixture, away against Southampton on Sunday 20th September.

Before then they face Bulgarian side Lokomotiv Plovdiv in the second qualifying round of the Europa League.

Meanwhile, Everton will be high in confidence for their next league game against West Brom. New signings Allan, James Rodriguez and Abdoulaye Doucoure all played a part in the victory over Spurs.

Before facing Everton they play Salford City in the Carabao Cup on Wednesday 16th September.