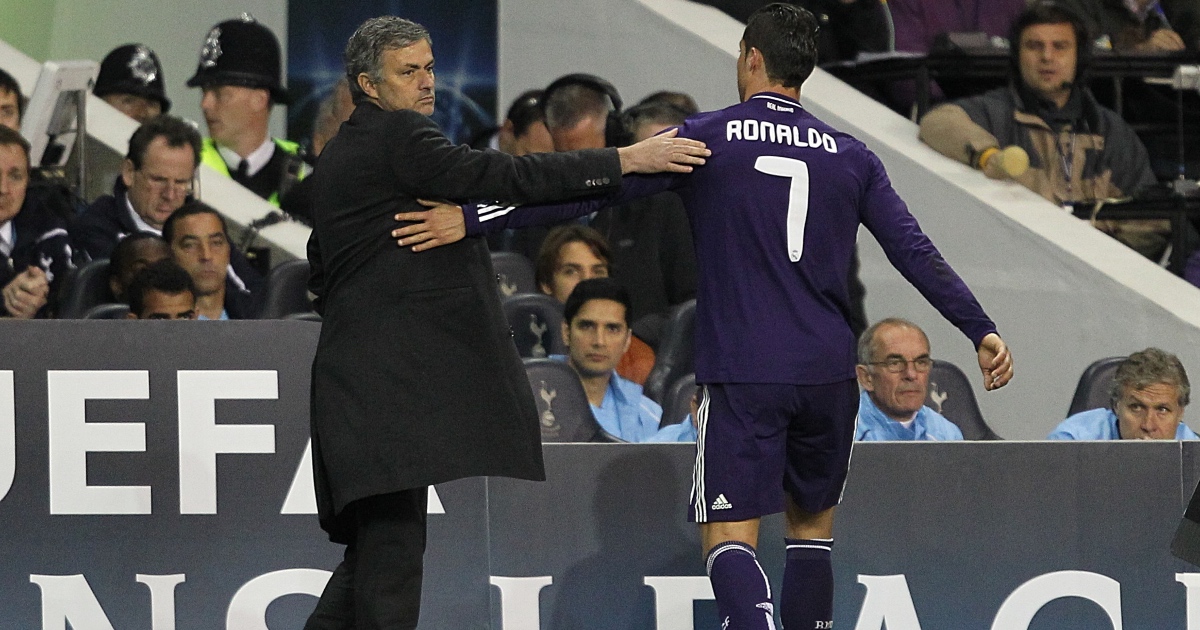 Jose Mourinho refused to consider Cristiano Ronaldo as a transfer target during his time at Manchester United, according to reports.

The pair spent three years together at Real Madrid but their relationship broke down towards the end of Mourinho’s tenure, with the ex-Inter Milan boss labelling Ronaldo a ‘know-it-all’ after leaving for Chelsea.

Both have since had spells at United, Ronaldo for the second time, though their paths did not cross, with Mourinho sacked long before the striker’s return in August.

Despite posting impressive individual numbers, Ronaldo’s move from Juventus has been nothing short of a disaster, with United out of the title race by Christmas and left to battle for a place in the top four.

His ego has proved difficult to manage, both for Ole Gunnar Solskjaer and Ralf Rangnick, who have been unable to find a system that brings out the best of both him and the team.

Amidst news that Ronaldo is holding ‘crisis talks’ with his agent Jorge Mendes as the situation at Old Trafford deteriorates, talkSPORT pundit Jim White has revealed that Mourinho had the chance to sign Ronaldo during his time in charge of United, but turned it down, perhaps anticipating the issues that are plaguing United at present.

“Over the years there have been many discussions over Ronaldo’s return to Manchester United,” he said.

“It might have happened when he finished at Real Madrid, when he was still in his pomp. But it wasn’t possible because Jose Mourinho made it clear he at that time had other priorities.”

According to The Sun, Mendes has jetted into the UK to hold discussions with Ronaldo over his future.

The Portuguese international is thought to be ‘frustrated’ with the current United set-up, with one source revealing: “Cristiano is very concerned about what is happening at United.

“The team is receiving a lot of criticism and he knows he is regarded as one of the leaders.

“There are quite a lot of problems and Cristiano is feeling the pressure and is very stressed by the situation.

“He desperately wants his United move to be a success, but he is starting to recognise that winning trophies with the current set up could be a real struggle.

“Jorge came to see him and they spent time chatting through how things are going, what they think are the problems, how they might be solved and what the solutions may be.

“Nothing has been ruled out.”