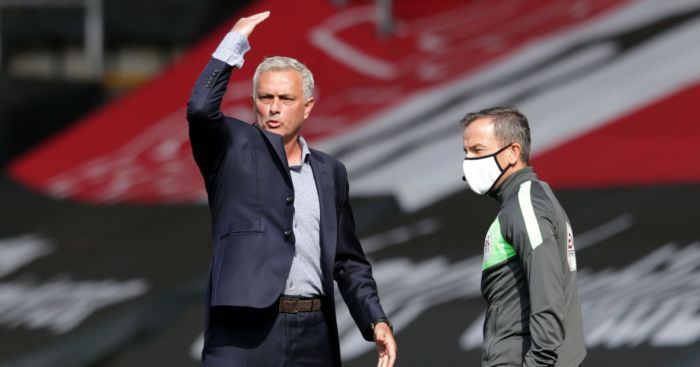 Tottenham boss Jose Mourinho explains why he substituted Tanguy Ndombele at half-time during their 5-2 win over Southampton.

Son Heung-min scored four goals as Spurs hammered the Saints with Harry Kane adding the other in a dominant win.

The scores were level at the interval after Son had cancelled out Danny Ing’s opener on the stroke of half-time with Mourinho deciding to take Ndombele off.

The Frenchman has so far failed to live up to his £55m price tag in north London and Mourinho decided to swap him for Giovani Lo Celso at the break, despite Ndombele playing a key role in Spurs’ first goal.

“No, he was not injured, but we all know that his condition is not yet top condition and that is why we are playing him basically coming from the bench,” said Mourinho.

“Gio Lo Celso was very, very tired and he clearly wouldn’t be able to play 90 minutes. We decided to play Tanguy but we had planned that Gio would come into the game in the second half.

“I didn’t want that to happen to Tanguy in a game against Southampton, which is always fair and honest but an aggressive game in lots of ways.

“I was just afraid and Gio in this moment still has a little bit more sharpness than Tanguy and the second half was fantastic for us.”