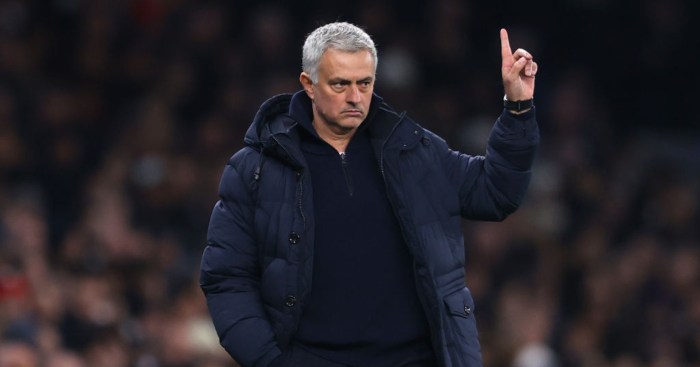 Jose Mourinho has fired back at Paul Merson after the pundit claimed the Tottenham boss is unhappy at the club and is as “grumpy” as he was at Manchester United.

Mourinho insists he’s “happy” and dismissed claims he regrets moving to Spurs by “some people who want to be in the news”.

“Contrary to some people who want to be in the news and telling things that are not true, I am really happy at the club,” Mourinho told Sky Sports.

“You know me quite well, so you know me enough to know that I am really happy.

“If you see a bad face from me it’s because of a bad result. I cannot change myself after a bad result. It’s difficult for me to smile. But that’s just me. The reality is that I am happy. I am very happy and I look forward to what is coming. But I look even more forward to the next season.”