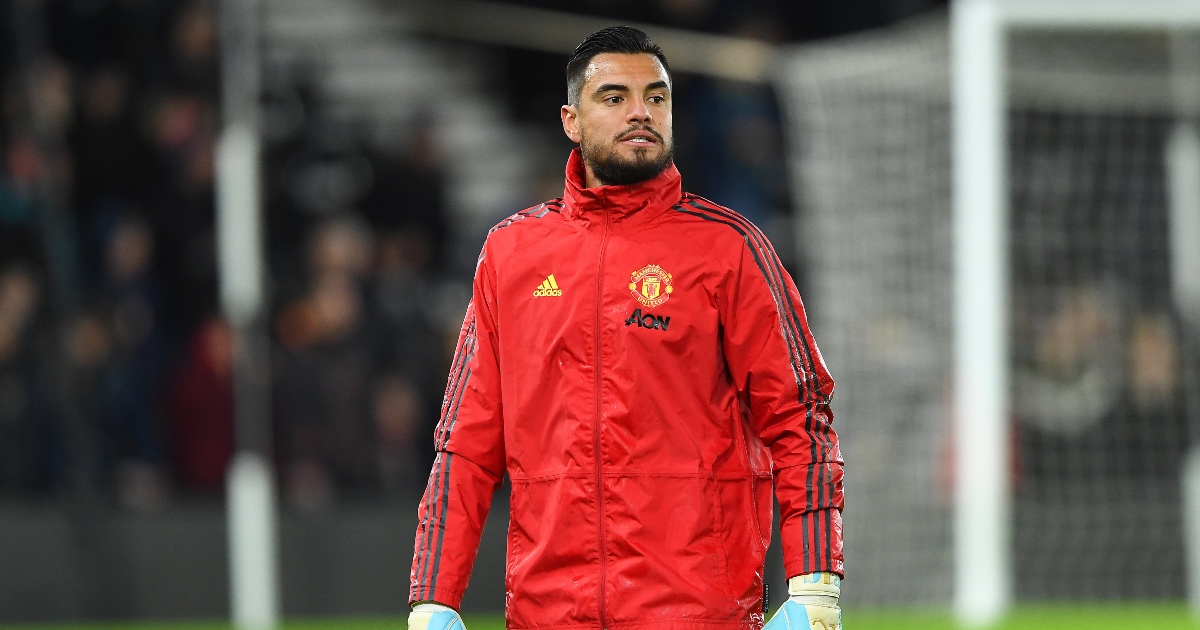 Jose Mourinho is hoping to take Man Utd shot-stopper Sergio Romero to Roma, according to reports.

The Portuguese manager was announced as Roma boss for the 2021/22 campaign in May, just weeks after his sacking at Spurs.

As a result, the Italian side have been linked with plenty of his former players at both Spurs and Man Utd.

FEATURE: Premier League team of the season: One player per club

The latest is Argentinian keeper Romero, who is desperate for a route out of Old Trafford.

According to The Telegraph, Mourinho wants to sign the 34-year-old to improve his options in goal.

The position has been a problem for existing manager Paulo Fonseca this term. He’s played Spaniard Pau Lopez there for much of the season, although the keeper has come under fire for his performances.

Antonio Mirante and Daniel Fuzato have played recently, although neither are considered long-term solutions.

Signing Romero would give Mourinho a top-quality keeper in his first season, helping Roma massively as they hunt their first Serie A title since 2000/01.

Romero has plenty of international experience, having represented Argentina on 96 occasions. He would surely help to solve some of their defensive woes.

His exit would also be of massive help to Ole Gunnar Solskjaer. The Norwegian is currently having to juggle goalkeeping duties between Dean Henderson and David de Gea, leaving no room for Romero in the squad.

Despite his obvious talents, the veteran shot-stopper has no chance of being United number one.

When asked about Romero earlier in the season, Solskjaer said: “Sergio is working hard in training. He’s in the group and of course he lost a lot of training earlier on in the season.

“He joined us late after time back home and over Christmas as well, he was with family in Argentina.

“He’s working with the keepers but with Dean (Henderson), Lee (Grant) and David (de Gea) it’s been more difficult to get in the match squad.”

Romero isn’t the only Premier League player who could reunite with Mourinho in Italy. He’s a big fan of Spurs midfielder Pierre-Emile Hojbjerg and could attempt to sign him in the coming months.