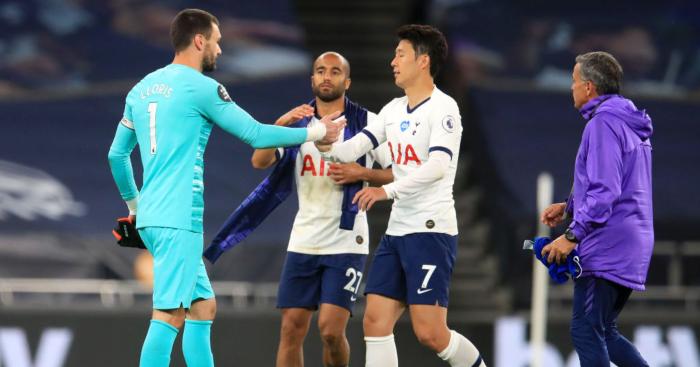 Spurs boss Jose Mourinho says Son Heung-min and Hugo Lloris were “hugging each other” in the dressing room at half-time after their bust-up in the 1-0 win over Everton.

Tottenham captain Lloris and the South Korean were involved in a heated exchange on the way to the tunnel, which involved pushing and shoving, and had to be separated by their Spurs team-mates.

France goalkeeper Lloris appeared angry at Son’s perceived lack of effort, but they soon made up and were hugging on the pitch at the end of the game, celebrating three points that came courtesy of Michael Keane’s first-half own-goal.

“So when I was arriving I just saw the back of it. I was not in there. When I arrived in dressing room everything was over and they were hugging each other.

“What happened was the last minute of the first half a Richarlison shot was diagonal from right side, Hugo thought that in that minute of the game the attacking players should do a little bit more and he was arguing with Sonny and Sonny with him.