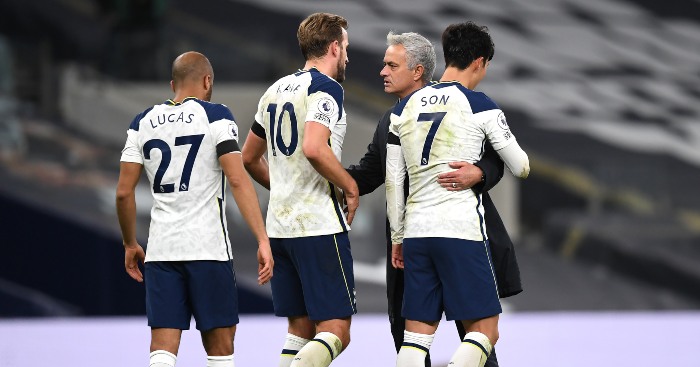 Poison: A return
Tottenham are top of the Premier League and Jose Mourinho has surprised many of us by not being yesterday’s man at all. Some of us admit we were wrong but others, well others are Stan Collymore.

He eviscerated Mourinho in January for the Daily Mirror, with highlights of his column including:

* ‘As a top, top-level manager, with the ability to motivate as well as organise, he’s finished.’

* ‘It will end in tears with the Spurs worse off than where he found them, more disaffected players, and a nice debt in the club’s bank account.’

He then dismantled Mourinho in March for the Daily Mirror, with highlights of his column including:

* ‘He feels poisonous, spiteful, as if he knows he will be there for a couple of years then be gone. That is the Jose Mourinho of Tottenham Hotspur. His selling point has gone.’

* ‘If the motivational Mourinho doesn’t work any more, if the tactical Jose has been left behind in terms of trophies… what are you left with?’

* ‘Not only will he fail to take Tottenham any closer to the promised land of a trophy, even an FA or League Cup, it will cost them all the good work done in the last five years.’

Now in November, the mature thing is to say that perhaps you misjudged the situation.

On the other hand, you could be Collymore and write that Mourinho – top of the table remember – will ‘lose players who want to play expressive, expansive football’ if they don’t quickly win trophies. Yes, all Spurs fans are incredibly worried about that particular scenario.

‘I just fear there will be damage down the line when Mourinho goes.’

‘Fear’? Or ‘hope’ after nailing your colours to the mast and refusing to climb down even a tiny bit in the face of overwhelming evidence?

The ‘Jose Mourinho signing’ in question is Diogo Dalot. And if you are now asking how a Manchester United left-back can decide the future of a Manchester United right-back currently on loan at AC Milan then ask no more, for the answer is just one word: Clicks.

‘I HAVE watched a lot of Danny Welbeck over the years and it’s tough to go in hard on him, but it’s time.’

He has just scored his first goal for his new club Brighton and you think now is the time to ‘go in hard on him’?

So who made Garth Crooks’ team of the week just so he could make the point that he was actually right and ‘some pundits’ were wrong about dropping him? David De Gea, of course.

Is Victor Lindelof injured? No.

Is Victor Lindelof an ‘injury concern’? No.

Has Jurgen Klopp said anything about Victor Lindelof? No.

Has Victor Lindelof said anything about Jurgen Klopp? No.

Has anybody at all mentioned Victor Lindelof in relation to Jurgen Klopp or his comments? No.

Is this a load of bollocks designed to conflate the two most popular Premier League clubs in the world? Oh yes.

Snub-standard
It’s this desperation to link Liverpool and Manchester United – separated by eight places and seven points in the Premier League table – that leaves us with this utter nonsense on the Express website:

Honestly? Come back to us when a Liverpool player names all the teams in mid-table as potential title rivals; Manchester United have not finished within 30 points of Liverpool since 2017/18.

More, more, more
Take one look at the Premier League table and then another at a list of Premier League top scorers this season and it will take you about three seconds to notice something. So quite why The Sun website has to stick a REVEALED tag on this claim…

Since when did one number being bigger than another become newsworthy?

Express delivery
This is both clever and a little bit sickening from the Express website; it’s little wonder it’s near the top of their MOST-READ articles lists.

Reading that, we could conclude that Arsenal chiefs have issued a Mikel Arteta sack message. Because that’s what the headline pretty clearly says. That’s undoubtedly newsworthy.

But read again and it might just be that it’s the Arsenal chiefs who have been issued a Mikel Arteta sack message. That’s considerably less newsworthy, especially when the person issuing said message (or ‘saying something’, in old vernacular) is former Crystal Palace chairman Simon Jordan, not remotely linked to any parties in this story.

That confusion is not an accident. That is clickbait in its purest form.

Read this stuff instead…

Recommended reading of the day
Sid Lowe on Atletico Madrid

Melissa Reddy on the analytics revolution at Liverpool