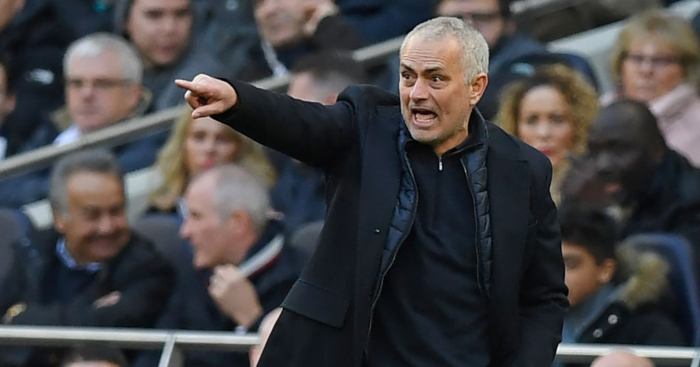 Jose Mourinho’s Tottenham are a very weird side. They definitely aren’t good, but they are just about accidentally too good to be truly classed as bad.

The weirdness is left as the only definable thing about them. They have no identity or apparent plan. Their weirdness exists precisely because it is the only thing they definitely are. One might call it Spursiness, if one were so inclined.

But while it’s fun and obvious to make Mourinho the dark, complaining heart of that weirdness, it is worth remembering that Mauricio Pochettino’s Tottenham had also become a very weird and equally undefinable side by the end.

Pochettino’s Spurs had one of the silliest seasons in Premier League history last year. Most bafflingly, they spent the first half of it somehow clinging on to the insane pace being set by Liverpool and Manchester City and the second half losing a staggering number of games to a wide variety of teams. A 5-0 win over Bournemouth on Boxing Day 2018 took Spurs to 45 points from their opening 19 games. A second-half collapse and home defeat to Wolves (FORESHADOWING!) three days later began a 19-game close to the season that would bring only 26 further points.

Crucially, though, at no point was there a marked change in the overall quality of the performances that yielded such starkly varying results. Seriously, try to think back to the first half of last season and remember the genuinely impressive performances. Chelsea at home. Everton away. Leicester away. Even that 5-0 win over Bournemouth was an unconvincing 5-0 win, while as far back as the first fortnight of the season Spurs were producing logic-defying results thanks to an inexplicable 3-0 win at Manchester United, whose manager that day escapes me but I’m sure took the defeat with good grace.

And then there was the Champions League run.

So Mourinho hasn’t brought the weirdness to Spurs. He has merely failed to remove it or, more accurately, install anything else, anything tangible, in its place despite that being his one job.

Lord knows he has tried to make Spurs duller. They often play with an almost sarcastic lack of ambition and cohesion. But the bigger issue is how little overall difference this has made. If anything, it has only made Spurs weirder.

They somehow score and concede more goals under Mourinho, despite losing their two main goalscorers to injury and top creator to Inter. Bigger and better clubs than Spurs have been bent to Mourinho’s will. Spurs, for better or worse, refuse to conform. The Harry Kane Team has become the Serge Aurier Team.

And because Spurs are not just a sort-of football team but also an Amazon TV show being created in real time in front of our eyes, there are further subplots everywhere.

On Monday, Tottenham’s under-23 side won, 3-2, against Wolves, thanks to a man-of-the-match display featuring a goal and an assist from Maurizio Pochettino, who then dedicated that goal to his dad because all this also happened on his old man’s 48th birthday because of course it did.

8 – GOAL! Pochettino into the box from the right, slides the ball across goal and @troyparrott9 converts from close range to give our U23s the lead! #PL2 #COYS

I mean, come on. At what other club does this shit happen? That’s just far too on the nose. Spursiness has jumped the shark.

And this is before we even get to the fact the Pochettino assist was finished off by Troy Parrott, the cause celebre of Spurs fans and media alike who Mourinho nevertheless continues to studiously ignore.

But Pochettino is the story here. I know it isn’t really actually that weird for Papa Pochettino’s son to still be at the club, but on the other hand it feels really, really weird. Where exactly are they going with this storyline?

Of course, beyond forecasting ultimate disappointment and probable humiliation, only a fool would ever dream of predicting what specifically will happen next at Spurs. So here goes. WARNING: Contains spoilers for season two of Amazon’s award-winning docudrama – Spurs: Seriously, What The F**k?

Pochettino Jr, free of the whispers of nepotism that inevitably dogged him when starting out at the club, continues to flourish and, soon, to dominate at Under-23 level. The clamour to include him in the first-team squad is too great for even Mourinho to ignore. Promising early outings prompt a smiling, happy Mourinho to declare the young Pochettino “like a new signing”. He goes on to become a key cog in the 2020/21 Premier League title-winning machine, a team that suffers its first defeat of the season on the final day due to a second-half collapse at home to Wolves.

Pochettino scores one of Spurs’ goals that day, though, and dedicates it to Mourinho. Mourinho formally adopts Pochettino, who moves in with Jose and his new brother, Scott McTominay. They all live happily ever after.

Alright, that probably won’t happen. But I guarantee it’s no weirder than what does.