Home All The News Mourinho: New Son contract ‘not a problem’ for Tottenham 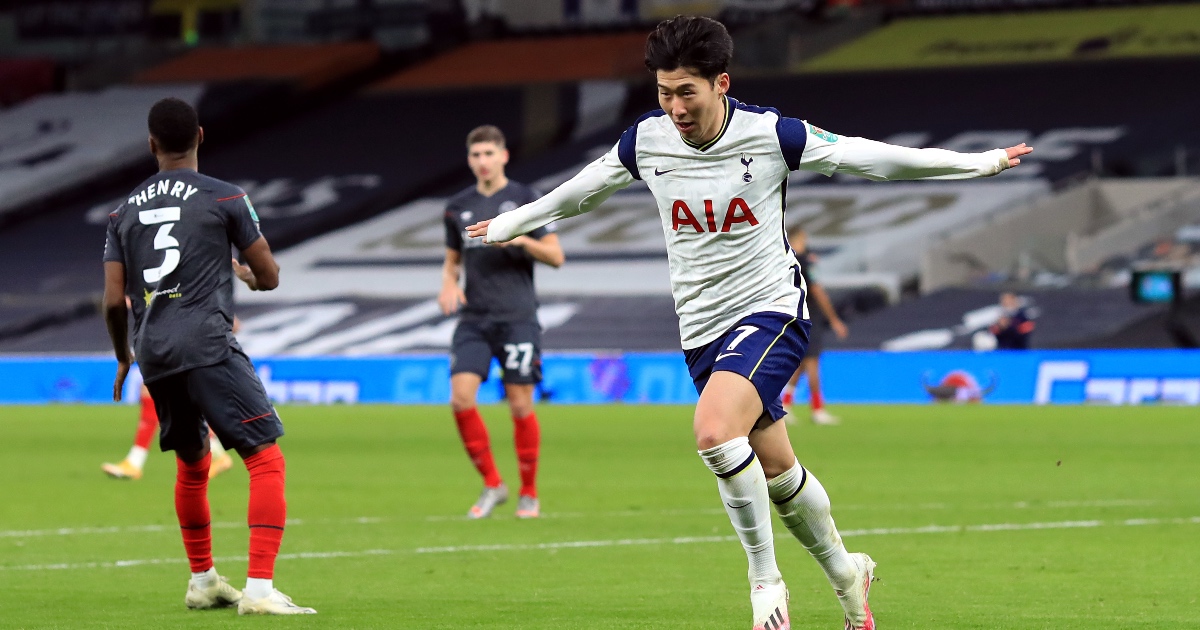 Spurs boss Jose Mourinho says a new contract for star player Heung-Min Son is ‘not a problem’ for the club.

The South Korean international bagged a goal in the 2-0 victory over West Brom yesterday, alongside talisman Harry Kane.

The duo have been integral to Spurs’ success this season, scoring 26 of the team’s 36 league goals between them.

F365 Says: Aston Villa have 17 matches to Cash in on perfect recruitment

When asked about Son’s contract situation after the Baggies win, Mourinho told reporters: “Sonny is not a problem. He has a contract still for a couple of years, maybe even three, so I believe we just have to wait for the right moment to do it.

“This situation with the world where we are and the Covid situation, I don’t think it’s the right moment for players and clubs to discuss contracts with so many people losing jobs, not working and having difficulties.

“I believe when the sun shines again for the world, the club and Sonny are going to arrive quite easily to a conclusion.”

The forward’s current deal expires in June 2023, which gives the North London club time to negotiate a new contract.

Son isn’t the only player who could be in line for a new deal at the Tottenham Hotspur Stadium.

Spurs want to offer Kane a huge new contract to ward off interest from Real Madrid and Man City.

His deal looks set to expire in June 2024, but Spurs want it to be prolonged so he can see out his career at the North London club.

Mourinho also believes Kane will become a record-breaker for Spurs. After his goal against West Brom, the Portuguese manager said: “Harry Kane is a special player in the history of the club. He will beat every possible record.”