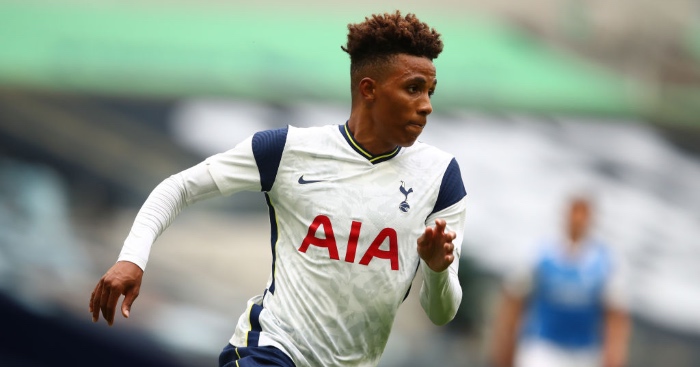 Fernandes has struggled to make an impact in North London since joining during the January transfer window.

He was left out of Spurs’ Europa League squad for this campaign, which demonstrates his position at the club.

Speaking about the player’s situation to Sport TV (via Goal), Mourinho said: “For me it is never a problem, but a solution. Having him in the squad, even if he is not called up and not playing, is an extremely comfortable situation.

“I will never be the one to push him or say that I don’t want him here. But I understand the situation of the kid and Benfica.

“If the club wants to end the relationship here, we will be here to collaborate, because we want the good of the player. Benfica has the power to decide and will be accepted by us.”

The player has made just one appearance under Mourinho this term. Even that was only 63 minutes in the Carabao Cup.

He is being kept out of the first team by fellow midfielders Pierre-Emile Hojbjerg, Harry Winks and Tanguy Ndombele.

Fernandes has been linked with an early return to Benfica in the past and it now looks like that could come true.

His loan deal involves a £56 million buy-out clause, but Spurs don’t look like they will activate this.

Benfica are expected to recall the player in January so they can make use of him once again.

That will give Fernandes the chance to earn regular first team appearances.

It’s important to note that the player is still only 21. That means he has got plenty of time to mature and potentially return to England in the future.

But for now his time with Spurs might be nearing its end.