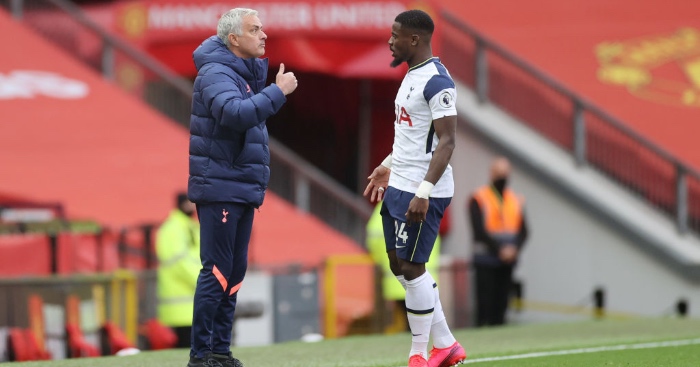 Spurs boss Jose Mourinho has hailed his side’s ‘impressive ‘ and ‘record-breaking’ victory after they beat Man Utd 6-1 at Old Trafford.

The match got off to an electric start after Davinson Sanchez conceded a penalty within the first two minutes. Bruno Fernandes put the Red Devils ahead, but Spurs soon began to dominate the game.

The away side consolidated their lead with goals from Son and captain Harry Kane. They went into the break 4-1 up.

Serge Aurier grabbed their fifth after an assist from new signing Pierre-Emile Hojbjerg to put an end to all thoughts of a potential comeback.

Paul Pogba was clumsy in his own box and brought down Ben Davies to give the opposition a penalty kick. Kane scored his second go the game to make it six.

“I won many times in this stadium, mostly with Manchester United but also with Chelsea, Real Madrid and now Tottenham.

“We were the best team. They couldn’t stop us when we were 11 v 11. We were winning already, we were missing chances. The performance was very, very impressive.

“The message this week was that together and with this squad we can make it.”

After the international break, Mourinho’s team face West Ham at home on Sunday 18th October. Meanwhile, Ole Gunnar Solskjaer will be hoping for a better performance when his side play Newcastle away from home on Saturday 17th October.