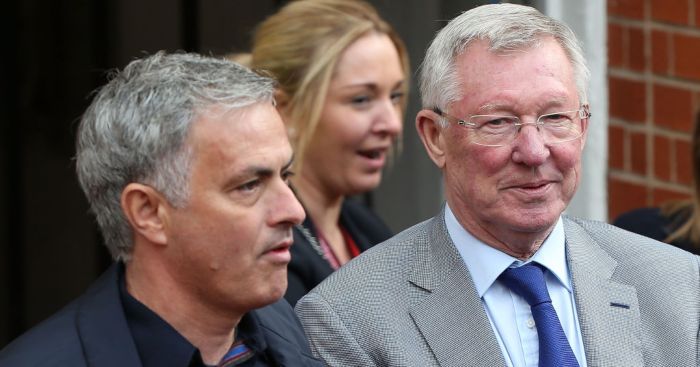 Jose Mourinho has revealed that the only advice Sir Alex Ferguson gave him when manager of Man Utd was to sign Dele Alli.

Mourinho, now managing at Tottenham, made the confession to his chairman Daniel Levy in a meeting shown on the Amazon Prime Video documentary All or Nothing, with the first three episodes airing next Monday.

The Portuguese had just taken over from Mauricio Pochettino in north London and was discussing his early impressions of Alli.

Mourinho, who left Man Utd in 2018, said: “I told already Dele very directly that he doesn’t train well, he is not a good trainer.

“Sir Alex Ferguson gave me only one bit of advice in two and a half years: Buy Dele Alli. ‘That guy, with that mentality, the way he plays, the aggression he has in mind. This guy is the Manchester United player. Buy Dele Alli’.

“And he (Ferguson) has an eye for a player. But he (Alli) is not a good trainer, we need to find motivation for the guy.”

Alli was one of the brightest prospects in the game after bursting on to the scene at Spurs following his move from MK Dons, but the last couple of seasons have seen him struggle for consistency.

Mourinho was shown to be forthcoming with his views on Alli in the documentary, often calling the attacker out for his limp efforts in training.

In a scene showing Mourinho’s first training session, the boss went up to Alli and said: “F***ing lazy. I am going to be a pain in the ass for you. And you are lucky because when I am a pain in the ass it means I like you.”

And then in a team meeting, he added: “Training, I understood already that you are a f***ing lazy guy in training. I don’t need more days. Lazy.”

He was more constructive in a one-on-one meeting with his player in his office, but questioned whether his “party boy” lifestyle could have contributed to his drop in form.

“For me, since the beginning I have no doubts about your potential. I saw you do incredible matches and things. But I always felt that you had ups and downs.

“Why you have in your career these ups and downs, I don’t know. I don’t know if it is to do with your lifestyle, in one period you are an amazing professional and in another period you become a party boy.

“I don’t know, I have no idea, only you can know that. I am 56 now and yesterday, I was 20. Time flies. Time flies. I think one day I think you will regret if you don’t reach what you can reach.