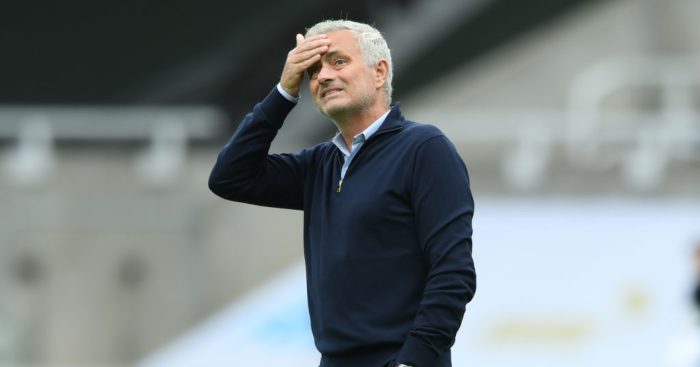 Leaked footage from Amazon’s upcoming documentary about Spurs shows Jose Mourinho telling his players to play like a “bunch of c***s”.

Mauricio Pochettino guided Tottenham to their first Champions League final in 2019 but was sacked months later after a drastic drop in form this season,

Former Chelsea and Manchester United manager Mourinho was appointed, with Tottenham’s form hit and miss under the Portuguese this season.

The ‘All or Nothing’ series on Amazon starts off with Pochettino’s downfall before focusing on Mourinho’s time at the club.

The trailer was released recently but leaked footage of a Mourinho team meeting gives viewers and Spurs fans their first proper glimpse of what the documentary series could be like.

Mourinho calling our players “a bunch of stupid c*nts” is something I never knew I needed to see… this documentary is gonna be NEXT level pic.twitter.com/rmoeN4xZhL